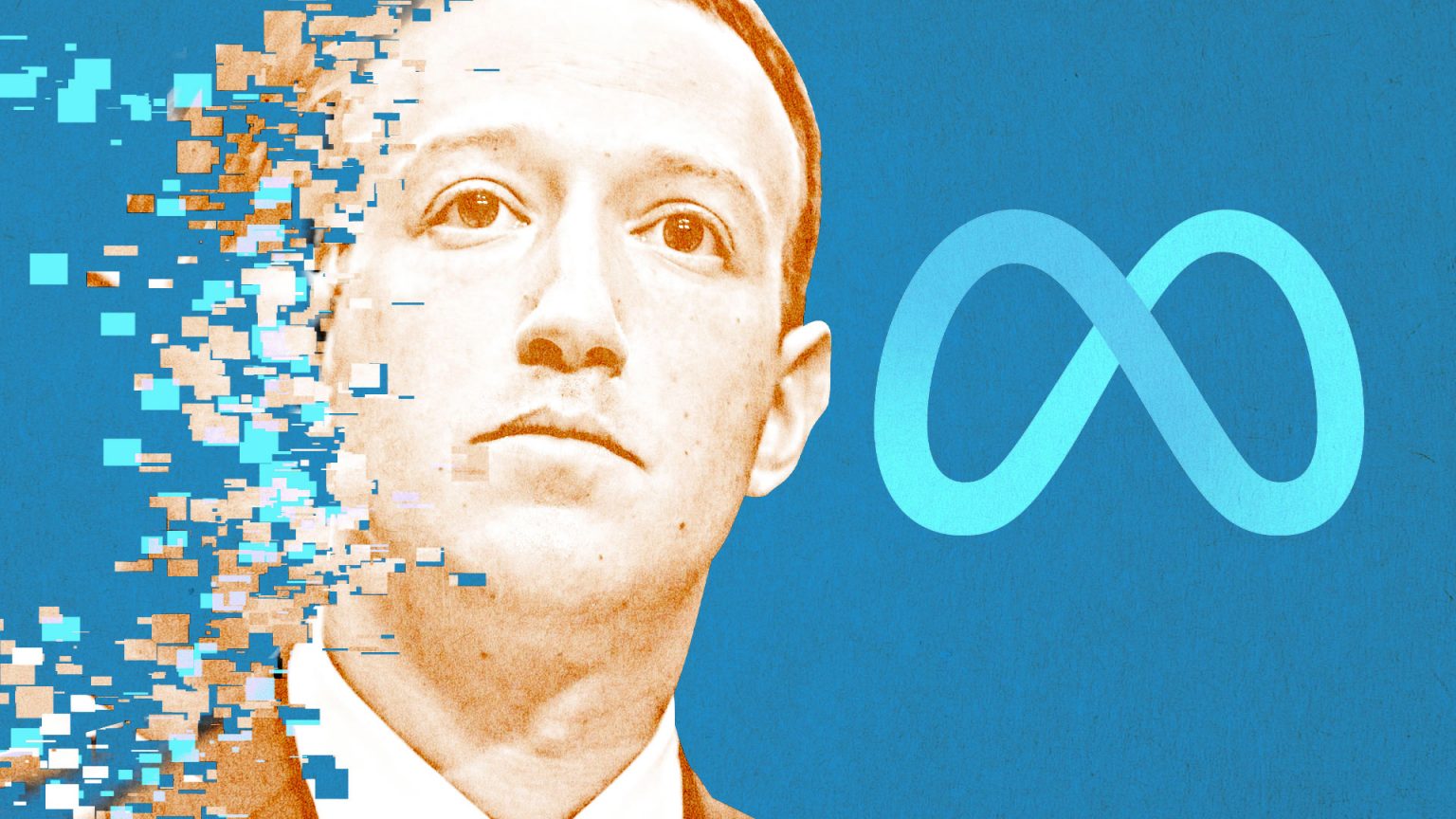 The Metaverse terminology suffers terribly from misinterpretation as everyone attempts to give it their meaning. And a few others are only interested in tapping into the traffic volume the tag brings for their products. The combination of the above factors resulted in a search spike for the term “Metaverse” to the tune of 2.62 million in October of 2021, about the same time as Facebook changed its name to Meta Platforms Inc.

The infographic below paints a clearer picture of people’s views on the Metaverse and how Zuckerberg’s announcement tilted the narrative and changed what the term meant to many.

The standard narratives here are Zuckerberg and Meta. What are their intentions and the route of expression and interpretation of the term?

First, we would need to understand Meta’s business model and Zuckerberg’s interests to paint a clear picture of the future they are hoping to build.

Meta’s Preexisting Business Model and Zuckerberg’s Interests; How it Translates to the Latter’s Plans

Facebook (the platform), Instagram, WhatsApp, and the other social media platforms under now Meta Platforms have one goal, crafting irresistible in- features tempting enough for users to spend large portions of their time within the apps. More time on the app translates to higher and more consistent traffic, for which businesses would be willing to pay chunks.

With the blurry picture of interests and business models out of the way, you may have smelt the rat already. Meta is Zuckerberg’s bold way of saying, “I’m never letting y’all out of my sight again.” Not literally, but it can be inferred. Let’s get better acquainted with Zuckerberg’s plans and be the judge for ourselves.

Revolutionizing Social Interaction and Extending the Borders of Social Experimentation

Mark ushered in social media at a time when communication processes were cumbersome, when humans largely depended on emails and calls to reach out. Communication was not as immersive and algorithm-ridden as it is today. While some of us feel spied upon by behavior-learning bots, we can not say that we haven’t felt closer to our loved ones even when we are in the thick of things.

“We’re (Meta) a company that focuses on connecting people. While most other tech companies focus on how people interact with technology, we focus on building technology so people can interact with each other.”

While the quote above posits Zuckerberg’s position as people-centric, Facebook’s antics of finding ingenious ways to ensure you stay transfixed to your screens calls for suspicion. You will be able to feel the presence of your loved ones, dead or alive, and also regulate what you want to see. Such a feature will see reality take a second seat as humans tend to get more in tune with what they can control.

This sort of imaginative Eldorado is more harmful than positive. It revolves more around Meta than you — a source of worry especially as Facebook is a known data miner and a serial privacy offender. With Meta having access to the innate behavioral and psychological characteristics that make us distinct, and possible real-time coverage of our decision-making process, what is then ours to keep?

Facebook’s VR headset, Oculus Quest, has been around for quite some time. Its potential has been debated with Microsoft and Apple developing products that rival its use case and features. But Meta takes it to the next level as Project Cambria, its nextgen VR gear, will launch this year.

With Meta’s complete VR gear, users can design a Metaverse lair, expand the universe, or upscale their remote working experience. The headset will be compatible with Facebook Messenger for VR purposes and support better immersive gaming and fitness options.

AR technology can be costly, but Meta intends to make its AR glasses available to everyone. Indeed, anything can be possible when sitting on USD 10 billion of research and development funds. One of Meta’s earliest widespread trials will begin with Polar, an iOS app built by Spark AR.

There is still so much that is hidden concerning Meta’s AR plans. Zuckerberg’s interview with Stratechery’s Ben Thompson is eye-opening and lets a lot out of the bag.

In essence, you will become less conscious of reality, what’s in front of you.

The arguments for and against the credibility of Zuckerberg’s intentions precede Meta. One of Facebook’s earliest investors, Roger McNamee, believes that Meta thriving will inevitably lead to cacotopia. He calls Meta’s brand of the Metaverse a “bad idea” and thinks there should be a central body regulating their services.

For Yat Siu, Chairman and co-founder of Animoca Brands, Meta is bad news until it reveals how we all can be shareholders in the digital real estate.

The Metaverse squabble will be an almost never-ending one as interpretations and opinions will vary, with each day bringing about newer perspectives. Without a doubt, the potential is inestimable, but the pros and the cons lie at the extremes. For this reason, we must tread with caution.

Gideon is a freelance blockchain writer and educator, and crypto enthusiast. Writing for the block started out as a hobby for him, but it has since grown into an addiction. Anything for the block!