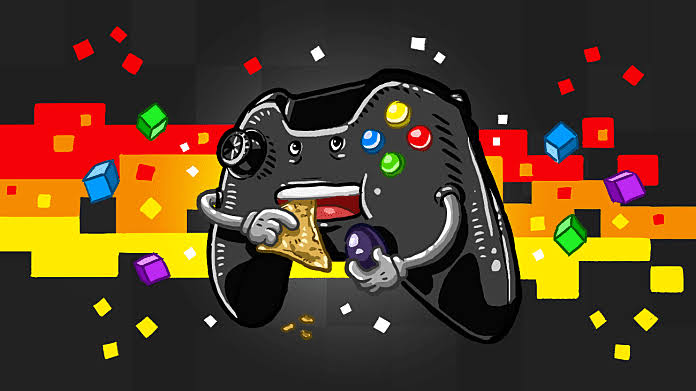 Gaming in the metaverse has shown to be both lucrative and entertaining. As a result, there has been a continual migration of gamers into the metaverse, all seeking to monetize their efforts. Correspondingly, the number of metaverse games is rapidly increasing, each offering unique gameplay, tokens and incentives.

With such an increase, it’s clear that competition becomes inevitable. While certain games, such as Axie Infinity and The Sandbox, have risen to prominence as a result of the rumble, others aren’t faring so well.

Let’s take a look at some of the worst-performing games within the metaverse. 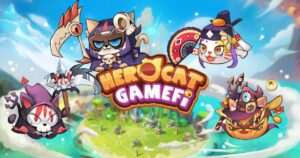 Hero Cat is a metaverse that combines gaming, NFT, finance, and blockchain to attract more people to the metaverse and cryptocurrency. It’s a metaverse game about cat heroes. These cat heroes, which will be utilized to fight and join conflicts, are nurtured, developed, and upgraded by players. By participating or contributing to the community, players also earn cryptocurrency.

HERO CAT coin (HCT) is the game’s decentralized token. Hero Cat users get HCT incentives when they invite others to join, thanks to the token’s total supply of 10 billion.

Despite having an intriguing game idea, this game has failed to pique the public’s interest. This can be generally attributed to the initial paying fee of over $100 which must be made before entry to the game. There have also been concerns about late payments (withdrawals can only be done using the app) and a lack of thorough information about the mining process. Furthermore, its token has been bearish for months, reaching low points week over week. 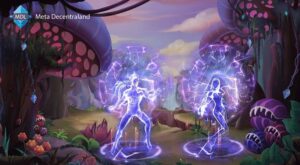 At first glance, this game will seem like an offshoot from the very famous game, Decentraland, but this is a completely separate metaverse game. The Meta Decentraland is a vast play-to-earn game featuring a hyper-deflationary token and finite NFTs.

Meta Decentraland is a 3D-based metaverse realm with three distinct regions and a variety of Mage NFTs. Each of Meta Decentraland’s three sections has a unique name, such as the Dragon Abyss, Lost City, and Eternal Forest. These worlds may be explored with a map and by solving thrilling tasks to acquire NFTs as scroll fragments, which combine to form a magical scroll containing rare NFTs (Mage, Gemstones, and Skill NFTs).

This game, on the other hand, hasn’t been that successful. Part of this is because its name has been obscured by the more well-known decentralized. With a current CoinMarketCap ranking of #7812, its token hasn’t shown any promising improvement. 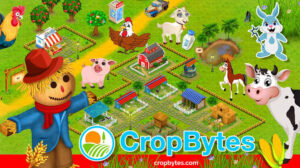 CropBytes is a crypto game based on the real-world farming industry that allows players to play and earn in the virtual world using the power of cryptocurrency. It’s not only about producing crops; it’s also about building a cryptocurrency farm. It’s a game where you can easily grow and trade your assets owing to its market, which features an in-game exchange.

The CropBytes metaverse’s native token, CBX, is connected to all in-game activity. Currently, it is utilized to purchase superheroes, assets, and trade. The CBX token may be mined simply by playing the game and engaging in activities and missions.

Though CropBytes is meant to be a fun farming simulation game, it has received some negative feedback from players, with many complaining about the terrible visuals and how difficult it is to navigate. Furthermore, it necessitates a large initial investment, and players have complained about delayed game updates and incentives. For quite some time, the token has been bearish, ranking low among metaverse tokens. 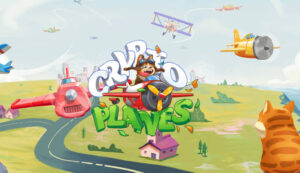 CryptoPlanes is an extension of the CryptoCity metaverse. The designers are the same people behind CryptoCars, a well-known NFT racing game that has shown success. CryptoPlanes provides new experiences, stunning NFT Plans, and intriguing game styles with this addition.

The mechanics of battling with other aircraft in distinct PVC (player-versus-computer) and PVP (player-versus-player) situations are explored in CryptoPlanes, which is played through a web application. The game has a proprietary token called CryptoPlanes (CPAN). This token is compliant with the Binance Smart Chain standard (BEP-20) and serves as the currency used to earn money in the game.

This game, as great as it is, hasn’t fared well in the metaverse. Several strange transactions have been discovered, indicating that the developers have been steadily withdrawing funds, including from the allegedly restricted wallets. This explains why the value of gaming tokens plummeted throughout January. Several players became aware of the maneuver and left the project.

Ginza Eternity is a Ginza Game Studios-created GameFi metaverse. Game players hatch and enhance their Ginza Eternity Heroes while battling their way up to vanquish the Evil Bosses in this competitive game. Players can compete with one another in PvP game types for token payouts.

This remarkable portfolio, however, falls short of expectations. The game has been having technical issues, which has resulted in a significant decline in the Ginza Eternity token’s price (GER). There have been reports of unusual BSC node data transfer, as well as a failure to synchronize contract information interaction promptly, resulting in irregular revenue allocation. The gaming system was recently hacked, and over 100 million GER were taken. All this has caused general public disinterest.

It’s no secret that the metaverse has arrived, bringing with it new game concepts and trends. Nevertheless, some games will come and go, while others will thrive. It is imperative and cannot be overstated that before investing in a certain game, one should conduct adequate research and aim to invest with funds that they can afford to lose.

NFT Museums and How They Affect You