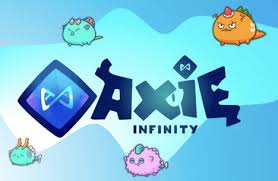 What You Should Know About AXS Metaverse Gaming

There’s no industry or sector that has not been imparted by the internet. The sectors which seemed ‘immune’ to the internet found themselves yielding to the blockchain. The internet has presented a great deal of opportunity to lots of people to scale up their businesses and enterprises. And the blockchain has done even more.

As the rates of activities on the internet are increasing, the need for privacy and confidentiality became more glaring and pronounced. The blockchain technology seems to be a panacea for this concern. With its decentralized nature, the blockchain offers transparency, immutability, community ownership and governance. Many businesses have been built on the blockchain. The gaming sphere has long started harnessing the blockchain to build games that enable players to earn real rewards. This has also been replicated on the Metaverse. One of such Metaverse games is Axie Infinity.

What is Axie Infinity?

Axie Infinity is a Pokemon inspired game built on the Ethereum blockchain in which players earn rewards for participating. Players can collect, raise, breed and battle digital pets known as Axies. As at December 10th of 2021, the platform boasts of about three million daily active users who have raised a combined number of Axies of around ten million. The platform uses two major digital currencies – Axie Infinity Shards (AXS) and Small Love Potion (SLP). Players also earn rewards by breeding and trading Axies on the Axie marketplace.

How Does it Work?

AXS is an ERC-20 compliant token which serves as the native medium of transaction on Axie Infinity. Community members are able to claim rewards if they stake their tokens, get engaged in the games or participate in the governance vote. Also, lands are tokenized on Axie and freely traded among players. Land owners who find AXS on their lands usually have the first rights to any resources emanating from the land.

Each Axie on the platform is seen as a Non-fungible Token (NFT) whose value depends on its rarity and characteristic. Players may decide to breed parent Axies with special characters in order to obtain progeny with specific traits.

Players are required to have three Axies before they can participate in the games. But as it is, the price of Axies are increasing hence, there is ‘scholarship system’ which helps to empower players. Under the scholarship system, owners of Axies, who are usually called managers, give out their Axies to players, who are called scholars. The rewards from the games are shared between the managers and scholars.

The Journey So Far

In the first month, katana gained 409,000 new users and about $1.2 Billion was deposited in liquidity. RONCOIN is the native token of the Ronin chain and users can farm it by providing liquidity for the AXS/ETH and SLP/ETH pools.

So much is already happening within the crypto space and technology is waiting for nobody. 2021 was a good year for the Axie Infinity community members as the price of AXS increased by 30,162% between January and November with AXS reaching its all-time high of $165.37. 2022 is predicted to be better. A land game known as Project Kingdom or K is already underway. When this materializes, players can use their Axies to build bases, collect resources and compete against others. It really looks like something worth considering, if you will.