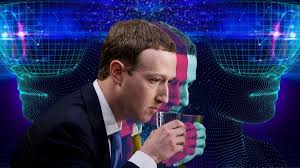 What People Think Could Go Wrong with the Metaverse

In the 1990s, many people found it difficult to conceptualize the idea of the internet. However, it was not long before it was embraced as the next big thing in technology. Today, the internet has greatly influenced how we work, learn, play and socialize. In the same vein, people are grappling with the metaverse idea. For starters,  the metaverse is a digital reality where we, as avatars, roam around a 3D digital landscape, where everything and anything is within our visual reach. Wearing virtual reality (VR) headsets, one can expect to check into work, shop, hangout with fellow mega-friends and attend virtual concerts. At least, this is what Mark Zuckerberg’s promo Meta clip says, even though this has created mixed feelings. The metaverse has not been just Zuckerberg’s cup of tea. Other techies such as Microsoft, Roblox, Nvidia and Unity are also on the support line.

Usually, there are always two sides to a coin. While there are supporters of the metaverse idea, there are also dissenters. One of such is the CEO of Take-Two. He has expressed his skepticism in these words:

“I’m skeptical that we’re going to wake up in the morning and intentionally sit at home, strap on our headsets and conduct all of our daily activities that way, We had to do that during the pandemic, and we don’t really like it so much.”

“Sure you can put a TV on your nose. Not sure that makes you in the metaverse. When I grew up, it’s like don’t sit too close to TV, it’s going to ruin your eyesight. And now we’ve got TV, it’s like literally right here.”

While the metaverse promises to offer a new and exciting dimension to the internet, the following are the risks people think would be associated with it.

The right to privacy has always been a subject of contention globally. With the current state of the internet, data privacy and security is nowhere near guaranteed. Some techies are already using consumers’ data to customize their products in a way that elicits a desired emotional response. Anyone on the internet must have experienced the ‘selling ability’ of their devices, offering targeted products using the data collected from our online social media activity. This activity is predicted to multiply exponentially in the metaverse. Worse still, in a 3D environment, it is not just our behavior, but also our biometrics, vocal tone, breathing rate and body temperature that can be captured, with the risk of modification and manipulation.

While it was thought that the metaverse would be safer and more friendly than the internet, the reverse seems to be the case. The lack of regulatory oversight in the current early stages of the metaverse has already seen an increase in cyber-crimes – from online thefts to sexual harassment. According to Cisco security experts, a new generation of metaverse scams are carried out in virtual environments to exploit smart contracts via hacking, social engineering and hosting of fake services to hijack digital assets. Recently in Meta, a beta tester reported that she had been virtually groped by a stranger on Horizon Worlds. While feeling deeply troubled, there was nothing she could report or do about the incident as the perpetrator’s identity is protected by the anonymous nature of the metaverse. Given the inevitable nature of the platform, there are serious concerns about whether it can really be made safe for adults, let alone younger children who are far more vulnerable to such attacks.

With the metaverse, more people would lose touch with reality and mental health experts suggest that the excessive use of virtual realities, may potentially exacerbate mental health issues. Dr. Daria Kuss, the Lead for the Cyberpsychology Research Group at Nottingham Trent University, stresses that it is conceivable that the excessive use of virtual realities, such as Horizon Worlds, may be associated with the experience of symptoms of mental disorders, including addiction, depression, and anxiety, similar to the overuse of the internet more generally. Self-esteem issues will arise as people begin to drink-in the discrepancies between their perfect avatars and real selves. A large 6-year prospective cross-sectional study conducted in China even revealed that the prevalence of myopia among primary and secondary school children almost quadrupled during the COVID-19 pandemic home confinement in 2020 as compared to the highest pre-pandemic estimate.

The reduction in outdoor exposure and increase in sedentary lifestyles will give rise to physical health challenges. A large 6-year prospective cross-sectional study conducted in China even revealed that the prevalence of myopia among primary and secondary school children almost quadrupled during the COVID-19 pandemic home confinement in 2020 as compared to the highest pre-pandemic estimate. According to research by the American Academy of Ophthalmology, these virtual experiences can induce physical eye strain, eye fatigue, blurry vision and migraines.

Without adequate jurisdiction and regulatory guidelines, the metaverse might cause more harm than the good promises it offers. As exhilarating as this new 3D virtual world may sound, it deserves more critical thinking, reflection, research and stakeholder consideration, to know the impacts it can have on humanity.