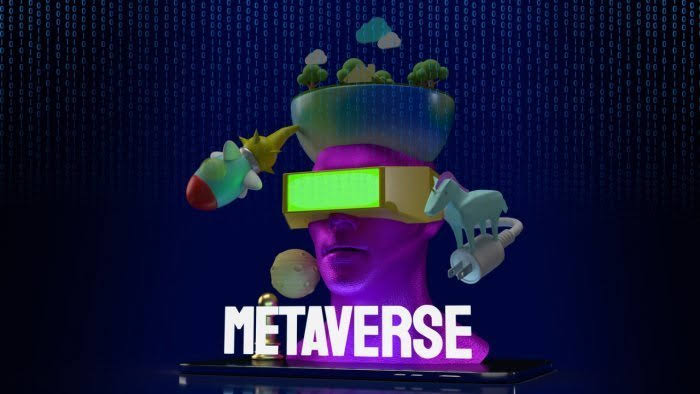 Top Games in the Metaverse From Users

Succinctly summarized, a metaverse is a virtual realm that can represent either a physical or digital universe. The film “Ready Player One” is a nice example, but the notion was initially popularized in 1992 by Neil Stephenson in his book “Snow Crash.” In the metaverse, your digital avatar represents you and all you own and do. It’s a virtual world that you can explore with or without an AR/VR headset.

You can own lands, shop, earn money, attend concerts, and even work in the metaverse. The possibilities appear to be limitless, as it opens up a whole new universe of possibilities for inventors, dreamers, and business powerhouses to construct from the ground up. And that, in a nutshell, is the appeal.

Although the metaverse has blossomed in recent months, with corporations such as Meta (Facebook), Google, Samsung, and others preparing to explore, it is not too late to join. Let’s take a look at some of the most popular metaverse games that are transforming how we live our lives.

With a market cap of $9 billion, Axie Infinity is among the best adds to any metaverse games list. Although it was released in 2018, the game has lately gained public appeal and is widely regarded as a standard feature of the NFT gaming industry. During the COVID-19 outbreak in Vietnam and the Philippines, Axie Infinity proved to be a lifesaver for many jobless individuals. People played the game to gain NFTs, which they then exchanged for higher profits.

There is a point system for levelling up in this game, just as in any other game. Axie Infinity is revolutionizing the way gamers engage with the game, thanks to its own governance token, Axie Infinity Shards, or AXS. The animals that players capture and breed are their property, and they can sell them for native tokens on the marketplace to generate real money. 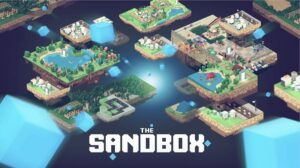 Sandbox, another metaverse game with a play-to-earn style, provides a virtual environment in which you may design, take control of, and even profit from your gaming experience. Players purchase land, construct structures on it, and then sell it on NFT markets such as Open Sea. You may either be a creator who builds the metaverse or a player who plays games produced by other players or builders.

The Sandbox, which is based on the Ethereum blockchain, is currently in its early phases of development. However, because of its engaging design and gaming experience, the Sandbox has been effective in attracting gamers. The VoxEdit tool, which allows anybody to generate assets, can be found in The Sandbox. VoxEdit also allows users to upload, publish, and even sell the NFTs they produce.

Creators possess digital rights to their inventions, which are transferable, as is standard in the blockchain gaming sector. SAND, their native cryptocurrency, fuels the economy by allowing transactions such as the purchase and sale of land parcels, characters, and other items.

Another prominent metaverse space built on the Ethereum Blockchain is Decentraland. Its game layout is similar to Sandbox in that it allows players to buy virtual land and utilize it to build their own universe.

Decentraland is the first virtual world to be completely decentralized. This virtual environment is controlled by its owners, who may buy and sell LAND (digital real estate), create, rent, and advertise on it, among other things. The same as in the real world. Furthermore, Decentraland’s very own marketplace, where you can trade and control all of your digital assets, adds to the excitement. You may buy and sell plots, LAND estates, digital wearables, and even unique avatar identities on the Decentraland marketplace. 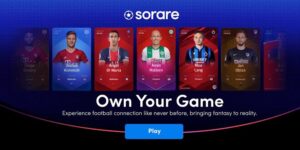 Sorare is certainly a top selection among online metaverse games, thanks to its remarkable ease of use and ability to expand the universe of gaming. It’s essentially a football NFT game built on the Ethereum blockchain.  Most importantly, Sorare now has over 180 football clubs officially registered, with more joining every week.

On Sorare, players may purchase NFT cards and form their own dream teams. The cards represent real players, and their success in real matches may aid cardholders in winning points. As a reward, the teams with the highest points would be able to create new cards weekly. In addition, Sorare is among the top metaverse games to get an almost $680 million Serie B investment.

Anyone with an email address may make a free account in the game and begin playing immediately. Sorare NFT cards could be purchased with debit or credit cards, and also bank transfers.

MOBOX is a free-to-play and play-to-earn gaming platform that blends yield farming and NFT farming to create a play-to-earn environment. MOBOX believes that NFTs can connect all metaverses, and it is working to establish NFT interoperability across games and platforms. MOBOX members are rewarded for their participation and satisfaction. Furthermore, gamers have complete control over their in-game assets.

The “MOMOverse” is growing by the day, with features such as a marketplace, NFT farming, and several games now available, with more to follow. MOMO Avatars, MOMO NFTs, and even a real Blind Box that can be transferred to the digital world by scanning the attached QR code are all available in the MOMOverse.

MBOX, the platform’s native utility token, may be used to execute transactions through the NFT gaming platform, staking for platform bonuses and incentives, and governance to decide how resources are distributed.

The metaverse is a broad and all-encompassing idea that has the potential to connect the physical and digital worlds. NFTs are introduced in metaverse games, allowing players to take charge of their gameplay experience. As a result, one would fairly expect the finest metaverse games to make headlines in the future years.

Furthermore, many of the most popular metaverse games are still in the works. However, the new games’ intriguing gaming experience and features may open up new options for players. Learn more about the metaverse and the NFT gaming projects that are currently in development.