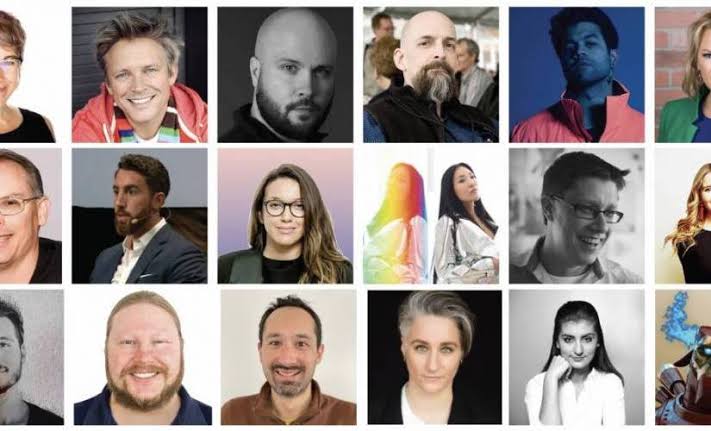 Top 20 Most Popular People in the Metaverse Space

You can’t read business news nowadays without coming across the term ‘metaverse’ – whether it’s Mark Zuckerberg declaring that Facebook will become a metaverse corporation or Satya Nadella declaring that the metaverse is among Microsoft’s ambitions.

While the metaverse is still being defined and developed, several prominent personalities have emerged as major voices in the effort to evangelize, educate, advise, build, and construct the next generation of the mobile internet.

Here are 20 of the most well-known figures in the metaverse.

Neal Stephenson is a well-known science fiction author. In his post-cyberpunk novel “Snow Crash,” published in 1992, Stephenson is credited as being the first author to use the term Metaverse. Math, Cryptography, Linguistics, Philosophy, Currency, and Science History are all explored in Stephenson’s writings. He was an advisor at Blue Origin, a firm formed by Jeff Bezos. From 2014 until 2020, he was the Chief Futurist of Magic Leap.

Mark Elliot Zuckerberg is a media mogul, internet entrepreneur, and philanthropist from the United States. He is most known for co-founding Facebook and its parent company, Meta, of which he is chairman, chief executive officer, and controlling shareholder. Meta has also acquired some firms to develop apps for its virtual reality and augmented reality gear. Horizon Worlds, the company’s VR-based social network, debuted to the public earlier this month.

Matthew Ball is a well-known futurist, strategist, writer, investor, and counsellor. Ball is the Managing Partner of EpyllionCo, which has a pre-seed and seed venture fund as well as a venture and business advising division. Ball has introduced The Roundhill Ball Metaverse ETF alongside Genvid Technologies CEO Jacob Navok and Roundhill Investments.

Cathy Hackl is a well-known tech futurist and business leader who has worked with businesses such as HTC VIVE, Magic Leap, and Amazon Web Services on metaverse-related projects. She founded the Futures Intelligence Group, where she guides Fortune 1000 and top luxury fashion firms on metaverse growth strategies, NFTs, and how to expand their brands into virtual worlds. She’s a well-known consultant, speaker, and media figure.

David Baszucki, the Founder and CEO of Roblox, has been working for years to integrate the game business into the Metaverse. In 2004, he established Roblox intending to unite the globe. Roblox now has an estimated total subscribed user base of 20.82 million, with roughly 400k new players joining every day. Roblox is now working with well-known companies like Gucci to develop immersive gaming experiences.

Tim Sweeney is the creator and CEO of Epic Games, which is responsible for one of the most popular video games in the world, Fortnite. Sweeney is also the developer of the Unreal Engine gaming engine. He has garnered several honours for his contributions in the gaming business, including the British video game industry journal MCV’s “Person of the Year” award in 2019. Sweeney was also named “Person of the Year” by Forbes Media Awards in 2020 for creating and transforming Fortnite into a gaming social network that conducts online events like Travis Scott’s in-game concert, which drew 28 million spectators.

NVIDIA Corporation is led by Jensen Huang, its founder and CEO. He reached out to the Metaverse, which is responsible for NVIDIA’s Omniverse, an open, cloud-native platform that makes it simple to speed up operations and interact in real-time.

Philip Rosedale co-founded High Fidelity, Inc. in 2013 with its Spatial Audio API, which allows any application to have high-quality voice conversation in a customised 3D audio stream. He envisions a virtual environment that is open-ended and connected to the Internet.

Mike Winkelmann, also known as Beeple, made history in March 2021 when he sold his NFT collage daily series “Everyday: the First 5000 Days” for $69,400,00 at Christie’s auction house, becoming it the 4th costly artwork by a living artist. Beeple was hailed as “a visionary digital artist at the vanguard of NFTs” by Christie’s.

Akash Nigam is the founder of Genies, an avatar-building platform that allows users to express themselves and interact with others. Nigam came to the Metaverse to assist those coping with mental illness in finding a place where they could fully be themselves.

Krista Kim is the founder of Techism and a modern artist. Techism is an art movement that brings together technical progress and artistic production. Kim’s work has been displayed at the Palais de Tokyo Museum’s renowned square as well as the Museum of Modern Art in Paris. She is presently the SuperWorld ambassador, an augmented reality virtual environment that allows users and companies to create, discover, and monetize content.

Gary Vaynerchuk is a powerhouse in the NFT industry, and as President of VaynerNFT, he recently picked Avery Akkineni to oversee his team. NFTs, according to Akkineni, may both enhance brand value and provide community value. VaynerNFT is a company that was founded to assist the world’s top intellectual property owners in navigating the NFT arena.

Anheuser-Busch InBev’s Global Head of Technology and Innovation is Lindsey McInerney. She spearheaded a partnership between Stella Artois and ZED RUN, a virtual horse racing platform, to provide customers with special horse breed NFTs. She has extensive expertise in the worldwide software sector, having worked in North America, Europe, the Middle East, Africa, and the Asia Pacific. Metaverse, crypto, blockchain, NFTs, commercial strategy, and digital marketing are some of her strengths.

Jamie Burke is the founder and CEO of Outlier Ventures, one of Europe’s leading venture funds and a platform focused on blockchain and Web 3.0 technologies. Outlier Ventures has created an award-winning Web 3 accelerator that works with 30 pre-seed firms for a year, assisting them in raising more than $130 million in growth capital.

Ryan Gill is the co-founder and CEO of Crucible, a cross-industry coalition working to forge the Open Metaverse based on open standards. The Emergence SDK is Crucible’s core offering, which gives game engine developers a way to access new Web 3 technologies while also providing them with a portable digital identity and in-world tools to manage their digital life throughout the Open Metaverse.

Benoit Pagotto is a co-founder of RTFKT studios, a Metaverse-focused firm for next-generation footwear, fashion, and collectables. RTKFT combines augmented reality, NFTs, and blockchain authentication with gaming and fashion, with Gen Z as their core marketing focus.

Andrew “Boz” Bosworth is Facebook’s Vice President of Virtual Reality and Augmented Reality. Because of his work at Facebook Reality Labs, Bosworth is a crucial element in Facebook’s latest stride into the Metaverse. A week after Mark Zuckerberg publicly said that Facebook will become a metaverse firm, Bosworth announced the formation of a metaverse product team at Facebook in a blog post.

Carolina Arguelles is the Group Product Marketing Manager at Snap, where she oversees a team responsible for the company’s augmented reality, visual search, computer vision technologies, augmented reality creator ecosystem, commercial augmented reality products and camera developer SDKs. Her idea for how 5G would impact augmented reality and fashion has resulted in some exciting projects at Snap Inc.’s Snapchat.