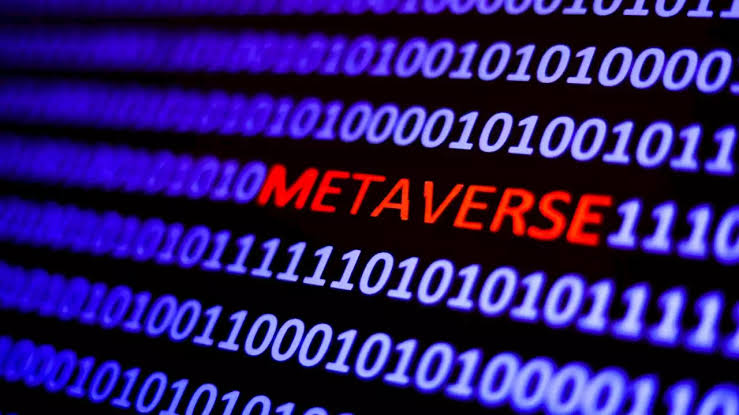 The man considered as the greatest sprinter of all time, Usain Bolt is preparing for a new challenge in the metaverse with the am of improving people’s physical and mental health. He is doing this in collaboration with Step App, the FitFi platform pioneering a gamified metaverse for the fitness economy. Usain Bolt is an 8-time Olympic gold medalist and 11-time World champion, and he is currently serving as the face of the brand. What Step App is doing is expanding the blockchain economy beyond finance. They are doing this by monetizing everyday physical activities such as walking a dog or taking a jog by turning it into competitions where people earn by participating.

It is hoped that Bolt’s services as an ambassador will help attract a large number of users, other brand partners and governmental organizations who are interested in Step App’s vision of a healthier world. Bolt has a passion to see how fitness can be incorporated into financial technology. This partnership seems like a perfect opportunity. In his words:

“Exercise has always been, and still is a massive part of my life. When I learned what the team at Step App were building, I was instantly inspired and wanted to be part of this incredibly important global movement. I’ve said in the past that we need to aspire to inspire, and through Step App, I would love to inspire as many people as possible to live a healthier and happier life. We are just getting started.”

This partnership will give more than 20 million pre-signed users access to exercise, socialise, play and earn through the platform’s advanced technology. The brand will introduce its digital footwear, SNEAKs, which can be bought, traded and worn digitally on the platform. With SNEAKs, they can earn KCAL tokens with each step, thereby unlocking economic opportunities in developing markets within the United States and around the world. In the words of Kirill Volgin, CEO of Step App:

“We are not just building an industry-leading Web3 platform, but more importantly championing a global movement to get millions of people around the world to become healthier. Our mandate is to inspire people to exercise daily so they feel better physically and mentally and feel we will achieve this by incentivising their exercise by paying them in crypto.”

We were thinking unionism is a thing of the past, especially because life is going virtual. It seems the virtual world will need unions after all. Some prominent blockchain- based companies have come together to form an organization called the Open Metaverse Alliance for Web3 (OMA3). The organization is designed to steer the evolution of the metaverse in a direction that aligns with some of the core principles of web3 – namely inclusiveness, transparency, decentralization and interoperability.

Interoperability is one idea that is envisioned in the Web3 space but which has remained elusive largely due to the computing requirements involved. Interoperability is the ability of multiple blockchains to coexist, cooperate and share information seamlessly with one another. The organization says that it believes in a metaverse without restraining walls, where individual platforms are interconnected and fully interoperable. It also added that it will build infrastructure to ensure the metaverse operates as a unified system where digital assets (such as NFTs), identities and data are permissionless and interoperable for all and controlled by users, not platforms.

The organization also extended an invitation to all like-minded blockchain-based companies to join it in its efforts “to realize this goal of an open metaverse,” and said it will be making further announcements during this weekend’s Global NFT Summit in London.

Some weeks ago, Dubai notified the world of its plan to take some of its administrative functions to the metaverse. Dubai’s Crown Prince, Sheikh Hamdan bin Mohammed has announced the launch of the “Dubai Metaverse Strategy,” an ambitious project that seeks to place Dubai among the top 10 metaverse economies globally and the first in its region. According to WAM, a Dubai state-run news agency, the government’s vision for the strategy will see the metaverse sector support as many as 40,000 additional virtual jobs and generate up to $4 billion for the city’s GDP by 2030. These aren’t just going to be any random job but they will mostly be in fields that are the pillars of the metaverse, including extended, augmented (AR), and virtual reality (VR). It has been the vision of Dubai ruling class, especially its Vice Prime Minister, His Highness Sheikh Mohammed bin Rashid Al Maktoum, to transform the emirate into a global capital of advanced technologies, primarily artificial intelligence (AI) and Web3. It will build on Dubai’s achievement of attracting over 1,000 companies in the sector contributing $500 million to the national economy.

Hamdan bin Mohammed has also announced a global event called the “Dubai Metaverse Assembly” which aims to bring together over 300 regional and international metaverse experts to engage in sessions underscoring three main tracks—educate, inspire, and contribute. The event is planned to be held in September at the Museum of the Future and will be hosted by the Dubai Future Foundation (DFF). Previously, Dubai’s Virtual Assets Regulatory Agency (VARA) launched a virtual headquarters in the Sandbox metaverse to understand the firms they would be regulating.