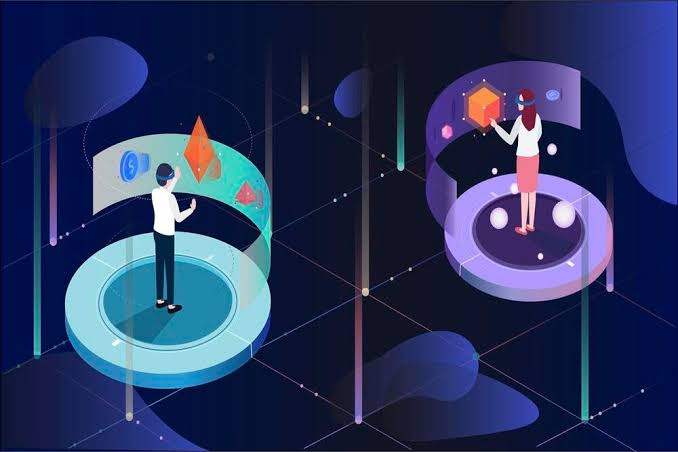 The Metaverse in the Next Decade

Without an iota of doubt, there has been an increasing interest in the metaverse concept from 2021 until now. This was partly catalysed by Zuckerberg’s decision and announcement to make his outfit a metaverse company, and to rebrand Facebook as Meta. As it were, the metaverse is a world of computer-generated, networked extended reality (XR), which is an umbrella term for Virtual Reality (VR), Augmented Reality (AR) and Mixed Reality (MR).

Although extended reality has been around for a long time, technological advancements necessitated by the COVID-19 pandemic has helped to push it to the forefront. In fact, many see it as ‘the future of the internet’, and it has inspired tens of billions of dollars in investment. It is believed that the metaverse will soon start affecting our work life, learning, socialization and entertainment. However, there are concerns about the health, safety, security, privacy and economic implications of this new space.

Recently, Pew Research Center and Elon University’s Imagining the Internet Center interviewed 624 technology experts including innovators, business and policy leaders, researchers and activists, to share their insights on what they think might become of the metaverse in 2040. 54% of these experts expect that by 2040, the metaverse will be a much-more-refined and truly fully-immersive, well-functioning aspect of daily life for a half billion or more people globally, while 46% expect otherwise. When asked to elaborate on their multiple-choice answers, two broad views emerged in their remarks. First, a notable share of these experts argued that the embrace of extended reality in people’s daily lives by 2040 will be centered around augmented-reality and mixed-reality tools, not in the more-fully-immersive virtual reality worlds many people define today as being “the metaverse.” Second, they warned that these new worlds could dramatically magnify every human trait and tendency – both the bad and the good. They especially focused their concerns on the ability of those in control of these systems to redirect, restrain or thwart human agency and stifle people’s ability to self-actualize through exercise of free will, and they worried over the future freedom of humans to expand their native capacities. Some of the experts wrote that “virtual” spaces have for millennia arisen in the human imagination and that it doesn’t take special technological features or gadgetry to create vivid places beyond “real life.” At the same time, some argued that even the most far-out versions of virtual reality will still anchor in basic human sensory “interfaces” of eyes, ears, taste, smell, motion, balance and speech. None of the experts argued that there will not be a substantial change in the way things are done. In the words of XR pioneer Avi Bar-Zeev, a co-creator of Google Earth, HoloLens and more,

“VR fundamentally strips away the most common constraints of reality: location and travel, physics, even sometimes time, where hours can often seem like minutes, and we can travel to the historical past or imagined futures.”

There’s no consensus as to the timing of the explosion of the metaverse. Some of the thoughts expressed are highlighted here. Laurence Lannom, Vice President at the Corporation for National Research Initiatives, offered the following thought:

“The metaverse will, at its core, be a collection of new and extended technologies. It is easy to imagine that both the best and the worst aspects of our online lives will be extended by being able to tap into a more-complete immersive experience, by being inside a digital space instead of looking at one from the outside. At the good end of the continuum are things like the ability of people to interact with others as though they were all in the same physical space without having spent hours burning dinosaur bones to get there; practicing difficult physical tasks (e.g., surgery) on virtual entities; and elevated educational and research opportunities of all kinds as we learn to leverage the built-in advantages of the new environments. The other end is also not hard to imagine – easier addiction to all-absorbing games and fantasy experiences resulting in increased isolation for many; further breakdown of social cohesion as the virtual offers an easy alternative to the hard task of learning to live with each other; and increased political turmoil as the prophets of fear and grievance acquire the ability to command rallies with millions of attendees.”

Elizabeth Hyman, CEO for the XR Association, which was founded by Meta, Google, HTC Vive, Microsoft and Sony Interactive Entertainment to convene stakeholders for the development and adoption of XR, shared a number of vital use cases already proven as useful in the XR realm:

“Virtual, augmented and mixed reality are the gateway to phenomenal applications in medicine, education, manufacturing, retail, workforce training and more, and it is the gateway to deeply social and immersive interactions – the metaverse. Each day we’re taking strides to make the technology better and ensure that the opportunities are limitless – because they are. The XR industry is focused on responsible innovation and it has built a strong repository of resources that lay the foundation for the industry’s continued growth. While widespread adoption does take time and challenges will no doubt arise, we believe XR technology will become the next major computing platform. Already, colleges and universities are teaching students in the metaverse. Human Resources professionals at companies like Walmart, SAP, Delta and many others are using the tool to train workers – some of the fastest-growing job categories in the U.S. are in industries that are rapidly adopting XR technologies. Uses of XR include warehousing and inventory management, product engineering and design, immersive job training and upskilling and virtual health care patient monitoring. Particularly in the health care setting, we’re seeing XR use with children. For example, the Children’s Hospital Colorado is using XR to help to change the pediatric hospital experience for the better – for instance, for distraction and pain management reducing the need for anesthesia and physical therapy.”

Jon Radoff, author of the Building the Metaverse blog and CEO of Beamable, a metaverse consultancy, predicted the influence of gameplay in the evolution of XR.

“The metaverse will be important for at least half a billion people in 2040 because it is already important for several billion. The metaverse exists. The most-common definitions of the ‘metaverse’ are: 1) an embodied virtual-reality experience; 2) a Web3 framework for economic interoperability; 3) a creative platform for experiences (e.g., Roblox). Some current versions may be a hybrid of these. I think all of these ‘product-centric’ definitions fail to look at the underlying culture and social change. The fundamental shift is toward thinking of virtual property and virtual identity as ‘real’ and/or important. One can trace the origin of the metaverse back to Dungeons & Dragons before it was digitized and look at it as an imaginary, creative space of social interaction and storytelling. Everything since then is simply technologies that have digitized, dematerialized and democratized access to this category of experience.”