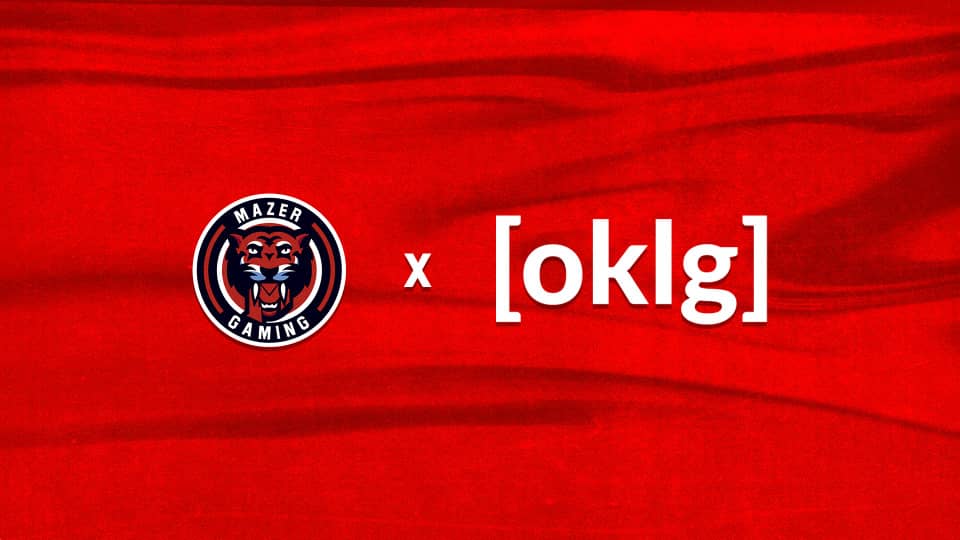 There’s a lot of things in the online space to keep people busy at every point in time. OKLG has stormed the space again with the announcement of a partnership with Mazer Gaming. Now you might be wondering what this is about. As you may have already come to realize, OKLG isn’t just about creating excitement; it seeks to build a sustainable ecosystem. That said, the team at OKLG is constantly looking forward to partnering with businesses who have similar objectives. From all indications, Mazer Gaming seems to fit in. A little about Mazer.

To begin with, Mazer started out in 2014 as a content creation group focused on games like Call of Duty but later transitioned into the E-Sports scene in 2016. It is a team of over 70 people, including professional E-Sport players, streamers, creators, and managers. For most sports enthusiasts, they need not be told that Mazer hosts lots of gaming tournaments worldwide. For the benefit of those who don’t know, they have hosted Super Smash Bros, Mario Kart, Apex Legends, and Warzone. In fact, they have successfully had thousands compete in tournaments at one time.

Now, it becomes clear that one of the reasons OKLG chose Mazer is because they agree on sustainability. As OKLG is always looking out for the interest of its community members, it makes sense that they’d collaborate with brands that make sense for its holders. One of the things that Mazer is known for is their commitment to educating people on crypto and the charitable donations they make through tournaments.

Being a parent project of an actual gaming project in Smolting Inu, one of the things we know that will come out of this partnership is that it will put OKLG in front of new eyes. This is where Mazer’s commitment to crypto education will come to play.  It will be an opportunity to onboard more people on the crypto train through $OKLG and to be placed in front of crypto-savvy investors. Another peck is that Mazer’s popularity will rub off on OKLG. And this can’t be quantified. Fact is, it’s a no-brainer. Already, Mazer gets around 25,000 clicks per month, with 25M impressions

For lovers of details, it is vital to categorically spell out the scope of the partnership. You shouldn’t be surprised to see the $OKLG logo and description on the Mazer Gaming website. We will be featured alongside Gala Games and GMR Center, among others. Community members should also expect to see occasional retweets on Mazer’s Twitter, which boasts a following of 13.2k. This will be in addition to one monthly tweet from an actual Mazer Gaming Player/Streamer.

And it should come as no surprise to see OKLG in the gaming section of Mazer’s discord. Our logo, description, and link will also be added to their Twitch page. Our links will also be featured in the description of the Youtube videos as well. This is one of the many marketing efforts we are pursuing. Just don’t be told!

The next bull-run in the crypto sphere is generally touted to be the greatest in the history of the blockchain industry. It could commence next month or next week, but it’s sure going to happen. When it starts again, holders of the $OKLG token, as well as millions of savvy investors like you will beam with laughter.