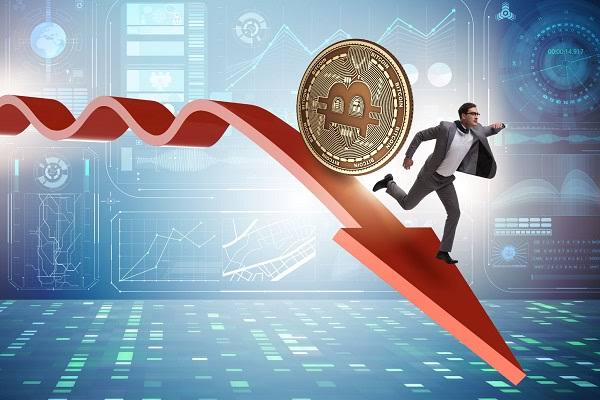 Many people have lost faith in the metaverse project. Despite Zuckerberg’s attempt to promote it as the future of the world, it keeps being hit by blows. However, there are still a remnant who believe that something can come out of it. Here’s a bit of the metaverse this past week.

The hawkish Fed’s 50 point hike led to an astronomical bearish market in the past week. According to data from Coingecko, around $62 billion was wiped off from the cryptocurrency market as a result. Due to the relationship between the metaverse and cryptocurrencies, metaverse and NFT-related coins were not spared the crash. Currencies powering the niche, including Flow (FLOW) and Apecoin (APE), have all posted significant double-digit losses over the past week.

FLOW, on the one hand has lost 22% of its value over the past week and recorded a new monthly low of $0.74. This is very significant considering the fact FLOW-based NFT trading volume has surged 27.27% to $1.185 million over the past week, according to data from CryptoSlam. On the other hand, APE, the token underpinning the ecosystem of Bored Ape Yacht Club and its upcoming metaverse platform Otherside, also dropped 18% in the last seven days, wiping most of its gains since the launch of its staking program in November 2022. Also, APE is down nearly 86.8% since its all-time high of $26.70 recorded in April 2022, The token is currently trading at $3.52.

In spite of this seeming misfortune, Apecoin-powered Bored Ape Yacht Club and Mutant Ape Yacht Club NFTs topped the sales volume over the past week. It isn’t just FLOW and APE that were affected; Chiliz (CHZ) and The Sandbox (SAND) have their fair share of the ‘bad market’. CHZ is the token behind the Socios NFT marketplace, and it fell by 18.6% over the past week, trading at roughly $0.11 after staging a meager 0.4% rally this morning. It recorded an all-time high of $0.87 in March 2021. Since then, however, the coin has plummeted by a whopping 87%.

Players in the metaverse space have been consistently heard talking about Zuckerberg’s vain dream of building the metaverse. From the turn of Meta’s fortune, it seems like the metaverse has been a hole in the ground all this while. Anyone who needs to be convinced of this fact will have to draw his conclusion after hearing that gaming industry legend John Carmack has quit his advisory role at Meta. Not only did he leave; he also posted a lengthy letter on his way out that is far from your typical “it was so nice working with everyone!” fluff you normally see in the industry.

“Some will ask why I care how the progress is happening, as long as it is happening? If I am trying to sway others, I would say that an org that has only known inefficiency is ill prepared for the inevitable competition and/or belt tightening, but really, it is the more personal pain of seeing a 5% GPU utilization number in production. I am offended by it. We have a ridiculous amount of people and resources, but we constantly self-sabotage and squander effort. There is no way to sugar coat this; I think our organization is operating at half the effectiveness that would make me happy. Some may scoff and contend we are doing just fine, but others will laugh and say “Half? Ha! I’m at quarter efficiency!”

Carmack feels concerned that Meta has far more potential than it is ever using. He also feels that he could have been able to do more for the company but he isn’t listened to. At other points when they seem to listen to him, it takes a pretty long time before his advice is executed. He concluded with a somewhat message of hope, stating that Meta still has a lot of potential to rake in income for itself if it effectively leverages VR:

“Enough complaining. I wearied of the fight and have my own startup to run, but the fight is still winnable! VR can bring value to most of the people in the world, and no company is better positioned to do it than Meta. Maybe it actually is possible to get there by just plowing ahead with current practices, but there is plenty of room for improvement. Make better decisions and fill your products with “Give a Damn”!”

Banks are really leveraging technology to reduce the number of customers who walk into their physical locations. This does not in any way reduce the services they render or the income they rake in on a daily basis. On the contrary, the banks are making more money by reducing the number of their staff, as customers are able to serve themselves from the comfort of their homes. It seems that they are going a bit further with technology.

One should not be surprised to log on to their bank website and be welcomed by an avatar of their branch manager or customer support personnel. This will be made possible by the multilingual avatars which Easiofy is building. Easiofy Solutions is an Indian company which builds web-based Artificial Reality solutions. The Chief Information Security Officers (CISO) at the Institute for Development and Research in Banking Technology (IDRBT) is already testing the demo of a design by Easiofy. In the words of Noor Fatma, co-founder and CTO of Easiofy Solutions,

“The response was good and we got a lot of feedback. The Hindi and Gujarati speaking avatars who looked like bank employees and could handhold people in doing banking transactions was a new perspective to the whole banking metaverse. Currently, we are doing a proof of concept with Indian Overseas Bank which we would be showcasing at a 5G event for bank CTOs. Now we have incorporated voice biometrics as an added authentication feature which would further answer concerns about security of the system. The first use cases we are trying to achieve are those most frequently used: checking balance, making a transaction, getting information on loans, educating the customer. We will keep implementing the existing use cases as offered by digital banking as well as physical banking. The animations and mannerisms of the avatar are improving every day as we get more feedback.”

Easiofy has raised a MEITY TIDE seed fund through AIC, Banasthali. Capgemini has funded its research into volumetric videos and holograms in its 5G lab. It is now working on monetizing its metaverse bank.