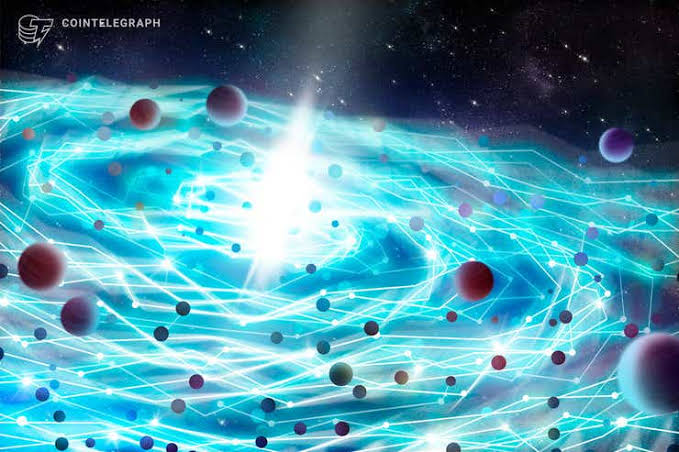 Every forward looking business person is always on the search for a new platform to invest in. It’s unwise to make investments simply because a new platform is around or because everyone you know are jumping on board. It will pay to do your due diligence. With the coming of the internet, businesses have gone online and have been able to increase their reach and customer base. However, as more businesses are going online, there is a significant increase in  number of scams and fake business websites. Unfortunately, many have fallen for these scams.

With the blockchain technology, there ought to be a reduced rate of scam – for the man who’d bother with a bit of research – as all transactions are on an open ledger which is visible, traceable and verifiable. One wouldn’t ignore online investments completely because there are scams around. The metaverse provides us with several platforms to make virtual investments. But first, a little shedding of light on the metaverse won’t be a bad idea. What do you think?

The metaverse as it were, is a digital, 3D world that’s immersive and accessible in real time by an unlimited number of people, allowing for social interactions, commerce, and more. It’s understandable if this doesn’t make a lot of sense to you right now. The experience was the same for most people at the beginning but you’d eventually wrap your head around the concept soon. At the moment, the concept of metaverse is more science fiction than reality. However, various tech companies are trying to bring the entirety of this vision to life. The metaverse is still evolving and may need a decade or more before it is fully developed. But this is actually great news for investors as the early stage of an innovation is the best time to invest. So, the best metaverse stocks to buy today are companies that are already thriving but whose growth will be boosted by the metaverse. Examples of such are as outlined below in no particular order.

Cloudflare is a content delivery network which was designed with speed in mind. It’s speculated that the network can deliver content to 95% of the world’s population in 50 milliseconds or less. Speed will be very important as the whole dream of metaverse takes full shape. With a great speed as this, some worries will be abated. The company already offers cybersecurity solutions, blocking 76 billion daily threats. It recently launched a data-storage product that may help to meet the metaverse’s outsized data-storage needs.

Meta is the Facebook known to every Tom, Dick and Harry. Meta was responsible for drawing the attention of investors to the metaverse following an announcement made by Zuckerberg. Meta generates most of her revenue from ads on Facebook and Instagram. The company is investing billions to create software and content for augmented reality and VR applications, allowing it to address other metaverse angles.

Nvidia is another metaverse company which deserves a second look as it has shown to have potentials. Although its Omniverse Enterprise product has just been around for a short time, it has gotten the attention of many companies and tens of thousands of people are already downloading it for content creation. Even if Omniverse doesn’t turn out as expected, Nvidia still has a huge chance in the metaverse. The company’s high-quality Graphics Processing Units (GPUs) have always been their mainstay and it will be in high demand as the metaverse gathers momentum, allowing users to enjoy 3D content experience without a hitch.

Roblox is already a go-to virtual world that has already attracted musicians such as Tai Verdes and Lil Nas X. Both already hosted virtual concerts on Roblox’s platform. The result is an indicator that virtual events are already enjoying mainstream appeal. As the metaverse evolves, there will most likely be  multiple interactive platform destinations, and, with almost 50 million daily active users already, Roblox has a big head start.

Without doubt, the Unity software is one of the leaders in the 3D software space. According to the company’s estimates, about half of all 3D content today is made with its software. As metaverse content is created, it’s reasonable to expect that an outsized portion will involve Unity in some way. Two of its products – Unity Personal and Unity Student – are offered free to content creators who are just starting out. As these creators succeed, it’s likely they will become paying Unity customers.

The best time to plant a tree is hundred years ago; the next best time is now. The metaverse is still in her early stages. Anyone who’d want to invest in the metaverse has no better time than now. You can get started with these ones listed above.