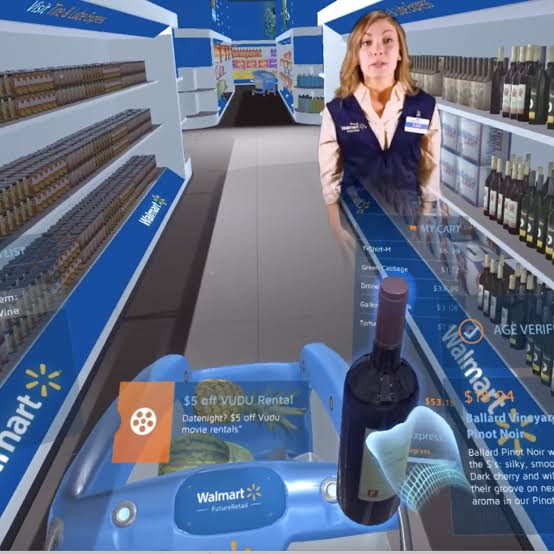 A close look at happenings in Dubai will quickly reveal that the whole administration of her government will soon move to the metaverse. As of yesterday, September 28th, Dubai started a Metaverse Assembly, with more than 300 global experts in attendance on the first day. The Crown Prince of Dubai, Prince Sheikh Hamdan bin Mohammed made his first appearance at the Assembly at the Museum of the Future. The goal of the Assembly is to bring technology experts together, as well as people from the metaverse community to discuss inherent opportunities in the metaverse.

Before now, in July, the emirate has announced its plan to create 40,000 jobs and add $4 billion to its economy by leveraging the metaverse. This Metaverse Assembly is the first of its kind since the announcement in July. Below is a highlight of some of the matters discussed on Day one of the Assembly.

Walmart Enters The Metaverse With Roblox

Walmart is on a move to attract a younger audience. They intend to do this by launching two virtual reality experiences in the Roblox metaverse. The ‘Walmart Land’ and ‘Universe of Play’ experiences will be featuring games, festivals, concerts and virtual stores and will be launched during the holidays in October. According to Walmart, the experience delivers “the best fashion, style, beauty and entertainment items directly to the global Roblox community.”

As it is, ‘Walmart Land’ will be featuring games and a virtual merchandise store where visitors can purchase digital items for their NFT avatars. This experience will launch with three auspicious events – a virtual music festival called ‘Electric Island’, a fashion experience called ‘House of Style’, and a concert experience called ‘Electric Fest’. The second experience, ‘Universe of Play’ will take place simultaneously or follow shortly after. It will include five games featuring pop culture icons Jurassic Park, Paw Patrol and Razor Scooters. As mentioned earlier, all of these are aimed at attracting a younger generation of customers. In the words of William White, Chief Marketing Officer at Walmart US:

“We’re showing up in a big way – creating community, content, entertainment and games through the launch of ‘Walmart Land’ and ‘Walmart’s Universe of Play’. Roblox is one of the fastest growing and largest platforms in the metaverse, and we know our customers are spending loads of time there. So we’re focusing on creating new and innovative experiences that excite them, something we’re already doing in the communities where they live, and now, the virtual worlds they play.”

Some people have opined that the metaverse has a great potential for inclusiveness. That seems to be proving true as Qtopia, an LGTBQ+ metaverse community launches its initial NFT real estate sale. Qtopia seems to be working with Crypto Blockchain Industries (CBI) and Crypto Meta (CM) on this. This NFT pre-sale will allow for a select amount of Land to be offered to the public. Qtopia aims to be an online universe where members of the LGBTQ+ community and allies can interact, participate in events, and play games.

The Qtopia virtual world comprises four Islands: Qtopia City, Sapphire Island, Isla De Fuego, and Celebration Island. Within these four Islands, Qtopia has 44 districts with names significant to the LGBTQ community. There is a limited amount of Land that will ever be available in Qtopia. With this presale, Qtopia offers people the opportunity to get in early by purchasing houses and apartments in the city. The presale will focus on Townhouses, Small Apartments, and Medium Apartments in the Inclusion and Stonewall Districts. A portion of the proceeds from the first pre-sale of Qtopia townhouse NFTs will go toward charity to assist in funding the Ali Forney Center’s Welcome Home initiative to purchase a permanent housing site for its TGNC clients. The launch of Qtopia is supported by partners including Playout Apparel, the Stonewall Inn Gives Back Initiative, Ali Forney Center, Hudson Pride Center, Joshua Zeke Thomas, Princess Janae Place, and Open Finance.