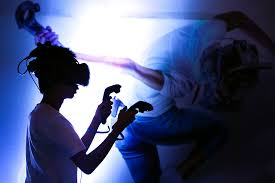 Just like every newborn, the metaverse keeps evolving every single moment. Each day has a new scene to flash for our wonder. To put it another way, on a daily basis, this emerging technology gives us insight on how it will affect the way we live, work, shop and interact. Below is a wrap up of events which took place in the metaverse this past week.

It is really hard to ignore some of the events going on in this 3D virtual world. Most tech giants have seen the potential that the metaverse has and are already putting in resources to see it come to full life. Within the last week, Microsoft, Meta and other tech giants formed a group to foster development of industry standards that would make the companies’ nascent digital worlds compatible with each other. This group was called the Metaverse Standard Forum and participants include many of the biggest companies working in the space, from chip makers to gaming companies, as well as established standards-setting bodies like the World Wide Web Consortium (W3C), This was made known in a statement announcing its creation on 21 June.

Metaverse analysts observed that Apple is missing in the membership list of MSF as they expect Apple to become a dominant player in the metaverse race. This becomes so glaring as Apple is planning to introduce a mixed reality headset this year or next. Gaming companies like Roblox and Niantic as well as emerging crypto-based metaverse platforms, Sandbox and Decentraland were also found missing in the list.

According to a statement by Neil Trevett, an executive at chip maker Nvidia who is chairing the MSF, any company is welcome to join the group, including participants from the crypto world. If this is not a positive leap for the metaverse, one would wonder what it is.

Meta (Facebook) has announced the launch of a digital clothing store where users can purchase designer outfits for their avatars. This announcement was made by the Chief Executive,  Mark Zuckerberg in a live video stream with Instagram’s head of fashion. He noted that they’d start with virtual outfits designed by brands like Balenciaga, Prada and Thom Browne. A Meta spokesperson disclosed that the outfits will be priced in the range of $2.99 and $8.99, which is much less than the real outfits by these designers. It is hoped that these stores will be built into open marketplace where developers can create and sell a wide array of digital clothes.

While the metaverse is being lauded for the speed of its development, there are already multiple reports of gender and racial harassment in the space. Jane Lu, a World Economic Forum Global Shaper has been analyzing the imperative to build an equitable, safe and interoperable metaverse. He warns that a failure to address discrimination will come at both a social and economic cost.

The CTO of Blavity, an online media company for Black millennial creators is calling for greater representation in tech companies developing metaverse spaces. Jeff Nelson told CNBC’s ‘Make It’ blog, that it is necessary to have people who have historically suffered harms and abuses spearheading projects on the metaverse. This is because they will be more able to represent the interest of the vulnerable.

Tencent Holdings, a Chinese firm has announced to its staff the formation of an “extended reality” unit, formally placing its bets on the metaverse concept of virtual worlds. Extended reality is a term that refers to immersive technologies such as virtual reality and augmented reality, which are seen to be the building blocks of the metaverse. According to the source, the unit will be headed by the firm’s Chief Technology Officer (CTO), Li Shen and it will be part of the company’s Interactive Entertainment business group. The unit is saddled with the responsibility of building up the extended reality business for Tencent including both software and hardware,