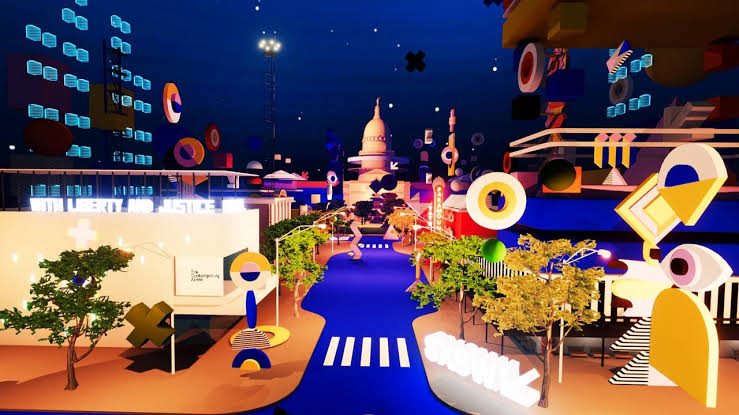 INTERPOL in the Metaverse; PLONA to Compete Fiercely with Decentraland and Sandbox; Others

It’s amazing how swiftly the world is adopting the metaverse. Despite that people are being pessimistic about the whole setup, governments and financial institutions are headed in its direction. There are some interesting things to know about metaverse’s recent development and here are a few.

The global police organization, INTERPOL has unveiled the first metaverse designed specifically for law enforcement around the world. This will allow registered users to tour a virtual office at INTERPOL’s General Secretariat headquarters in Lyon, France. The platform will allow users to interact with other officials. through their avatars. Users can also access immersive training courses on forensic investigation and other policing capabilities. People think this would be a great experience as access will not be limited by physical boundary. This is a move by INTERPOL to prepare for the future expansion and adoption of the metaverse. In the words of Madan Oberoi, the Executive Director of Technology and Innovation at Interpol:

“The metaverse has the potential to transform every aspect of our daily lives, with huge implications for law enforcement. For the police to understand the metaverse, we have to experience it. As the number of users of the metaverse grows and the technology continues to develop, the list of potential crimes will only expand to potentially include crimes against children, data theft, money laundering, financial fraud, counterfeiting, ransomware, phishing, and sexual assault and harassment.”

According to INTERPOL’s latest Global Crime Trends report, crime has increasingly moved to the internet as the pace of digitization increases. INTERPOL is not the first police division to launch a metaverse. Recently a division of the Dubai police launched its own metaverse police. The goal is not to become the metaverse sheriff and take control of everything, rather it is a move to regulate activities.

Will Plona (PLON) Receive A $500 Million Valuation? How Do Decentraland (MANA) And The Sandbox (SAND) Compete?

Decentraland (MANA) and The Sandbox (SAND) have been doing their best to develop their own metaverses. However, recently Plona (PLON) is going in the opposite direction and gaining the attention of many investors in the process. Decentraland was founded in 2017 and over the years, it has received many investments. These investments were partially brought on by the non-fungible token (NFT) craze, which resulted in substantial earnings, as MANA sold exponentially. In the last 24 hours, Decentraland (MANA) has gone down by 7.50%, which isn’t its best performance. Also, The Sandbox went down by 8.30% in the past week. However, its price has increased by almost 900% since late last year, currently worth $0.7257. With a live market cap of $1,078,606,584, dropping to 43rd place on the CoinMarketCap, The Sandbox (SAND) might be a hard sell for new-time investors.

Plona (PLON) is an Ethereum-based non-fungible token (NFT) collection developed by a group of professional blockchain specialists, pioneering fractional ownership by tokenization of luxury cars. Investors are allowed to own a portion of their favourite luxury and exotic automobiles. Then on launch day, investors can purchase one Plona (PLON) token for $0.012, and for $29, they can buy a fraction of some of the most exotic cars in the world. Investors will receive parallel-backed minted NFTs championed by actual cars, which are insured and kept in a safe unit for each investment in the Plona (PLON) coin. Cryptocurrency experts believe the Plona (PLON) token can surpass Decentraland and The Sandbox token in the coming years, predicting a 3,000% gain by January alone. We have to keep our fingers crossed as we watch things unfold.

Last week, securities regulators in four states moved to stop fraudulent sales of digital assets related to gaming in online and metaverse casinos. The Alabama Securities Commission announced that it had filed a cease-and-desist order against an organization based in the country of Georgia that was selling non-fungible tokens known as Slotie NFTs. That product, as well as a secondary offering called Slotie Junior, purportedly gave investors shares in virtual gambling venues. Texas, Kentucky and New Jersey also filed a similar order against the Slotie. The enforcement action against the Slotie NFT is the third taken by state regulators in the last few weeks to stop illegal offerings linked to online and metaverse casinos. They also have attempted to halt offerings promoted by Flamingo Casino Club and Sand Vegas Casino Club. In the words of Amanda Senn, Deputy Director of the Alabama Securities Commission:

“While we encourage new and profitable enterprises, we want investors to have all material information to enable them to make informed decisions about their investments. Companies operating exclusively online that are seeking to raise money from our investing public are not exempted from the law. States are hard at work ferreting out and fighting fraud.”