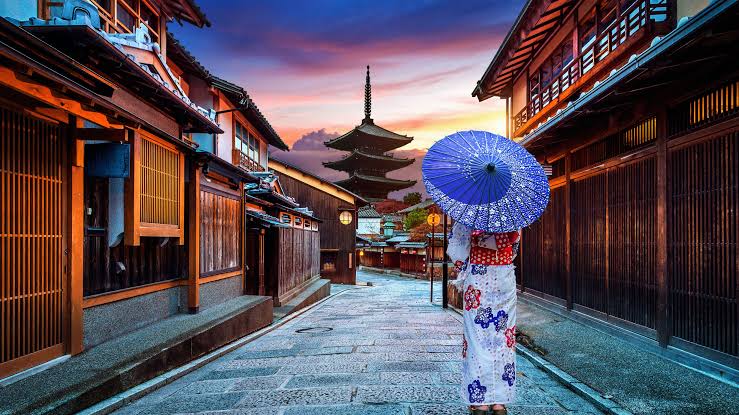 Horizon Worlds is Buggy, Japan is Heading Toward the Metaverse

It is no longer a secret how much Mark Zuckerberg invested into the metaverse. One would expect such a heavy investor to be a patriotic user. However, things seem to have gone wrong. Meta’s virtual reality network Horizon Worlds is suffering from bugs and isn’t even being used much by the team that’s building it. Internal communications within Meta reveal problems for the VR network that’s Meta’s main endeavor towards building a metaverse. Currently, Horizon Worlds boasts of 300,000 users since its launch on Quest in December 2021.

Horizon Worlds is a free virtual reality online video game that allows users to interact with legless avatars that they can create. It was first released in the U.S. and Canada to people over age 18 on December 9, 2021. The network is also coming to mobile and desktops via a web version sometime soon. In the words of Vishal Shah, Meta’s VP of metaverse,

‘Since launching late last year, we have seen that the core thesis of Horizon Worlds — a synchronous social network where creators can build engaging worlds — is strong,’ Shah wrote in the memo. But currently feedback from our creators, users, playtesters, and many of us on the team is that the aggregate weight of papercuts, stability issues, and bugs is making it too hard for our community to experience the magic of Horizon. Simply put, for an experience to become delightful and retentive, it must first be usable and well crafted.’

Japan is currently making radical moves to transform her digital economy. Following the comments of the country’s Prime Minister Fumio Kishida, the metaverse seems to be pivotal to attaining this goal. In fact, the new strategy depends almost solely on the metaverse and NFTs. The Prime Minister’s speech was given before the Japanese National Diet, where he indicated that steps have already been taken to bring the government’s goal to reality. Following this strategy, the PM noted that Japan’s national identity cards will be digitized using Distributed Ledger Technology (DLT). He confirmed that his government will “promote efforts to expand the use of Web 3.0 services that utilize the metaverse and NFTs.”

To show the commitment of the government to explore Web 3 technology, it rewarded seven mayors, who have shown commitment in improving the digital economies of their cities, with NFTs. The NFTs were issued on the Ethereum network, leveraging the Proof of Attendance Protocol (POAP), with Prime Minister Kishida attending the award ceremony. Given the revelation of the country’s strategy, financial institutions like SBI Group and Mitsubishi UFJ Financial Group have launched subsidiaries to explore NFTs.

Four years ago, Japan kicked out Binance for operating without the consent of the Financial Services Agency (FSA) in line with an earlier injunction for all industry service providers to be registered with local regulatory agencies. With this move by Kishida, Binance is set to return to the country after four years. Who knows how it will cope considering that FTX and Crypto.com must have grabbed a large share of the market.

First Presidential Speech in the Metaverse with Macron on Decentraland

Emmanuel Macron, the President of France showed up on Decentraland metaverse while giving a speech at the public investment bank’s Bpifrance event. The event took place on the 6th of October both in the physical location at Paris and the designated area on the Decentraland metaverse. Multiple speakers covered the topics in the innovation, business, creative industries, climate change, deep tech, and healthcare fields. President Macron was one of the speakers and that was the first time users could listen to the speech of France’s president in the digital environment.

The president praised the exceptional strength of French entrepreneurs that developed “27 unicorns and 138,000 companies that export and bring the country to life.” He referred to the “France 2030” investment plan as accelerating the reindustrialization of the country. “France 2030” is an investment plan which focuses on sectors of France’s industrial future supporting the transformation of the automotive, aerospace, digital, green industry, biotechnology, culture, and healthcare sectors in the French economy. The plan was revealed by the authorities sometime on the 12th of October, 2021. In the words of Macron,

“We are reindustrializing on the great needs of the nation and on regions that may have been in difficulty. The metamorphosis is always scary, but it’s a formidable unknown! It’s what we experience in our companies, and it’s an antidote to the hate speech that we can know. Reindustrialization necessarily involves deep tech: find in our startups the innovations that will make the great revolutions of tomorrow!”

The event was organized in collaboration with Metaverse event company RLTY, which specializes in building infrastructures for virtual events across music, arts, fashion, and corporate industries.