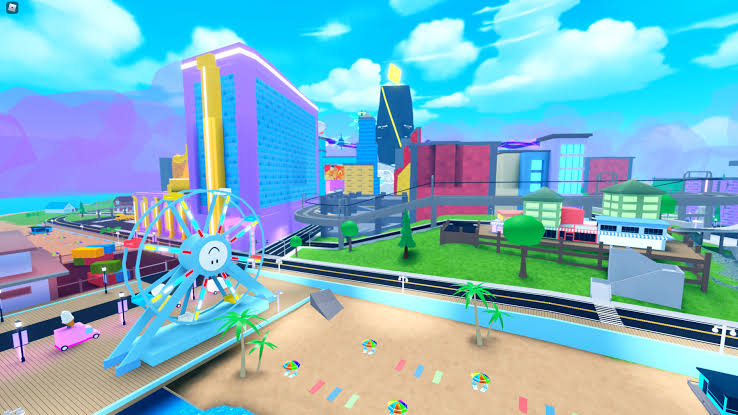 Shanghai is aiming to attain an industrial scale of more than 1 trillion yuan (US$143.7 billion) by 2025. One of the ways they plan to achieve this is by creating new sectors that would promote low carbon use and emission, using metaverse and other smart terminals. As it stands, Shanghai’s government has started putting plans in place on how to harness these new tracks to expand the city’s industrial system. This was gathered from Wu Jincheng, Director of the Shanghai Commission of Economy and Informatization, in his speech on Wednesday.

The green and low carbon industry aims to produce and use clean energy, low-carbon materials and recyclable resources, supported by new technologies, skills, materials, equipment and energies. It is hoped that ‘Green companies’, ‘low-carbon factories’ and green industrial chains will develop rapidly. The metaverse will be used to enhance this economy. Smart terminals will include intelligent connected vehicles, service robots, smart furniture, wearable devices and virtual display. The industrial scale will reach 700 billion yuan by 2025 with a batch of famous Shanghai brands. In the words of Wu Jincheng:

He highlighted some of Shanghai’s technological achievements including the fact that her revenue increased to 1.07 trillion yuan in 2021 from 723 billion yuan a decade ago. He also mentioned their progress in integrated circuits, biomedicine, computing, artificial intelligence, academics, aircraft, life health, electronic information, automobile, high-end equipment, advanced materials and fashion products.

One of the leading Global Media, Entertainment, and Technology portfolio of ventures, Eros Investments together with and Xfinite, a decentralized entertainment ecosystem have partnered with veteran entertainment and tech entrepreneur, Calvin Cheng, to launch the world’s largest Web 3.0 members-only celebrity fan club called ‘XelebX’. XelebX grants fans exclusive access to virtual meets with the influencers, exclusive content, virtual backstage passes, and celebrity NFT collectibles. However, it is accessible only through NFT membership

At a later stage, XelebX plans to launch fan tokens that track an influencer’s popularity and will be tradeable on major exchanges allowing holders across fandoms to trade and exchange value freely. This will also enable influencers and celebrities to collaborate and grow their fanbase in a way native to Web 3.0 interoperability and composability. In the words of Calvin Cheng:

“Web 3 is all about community building. Other platforms have tried this in the past. They built the tech but struggled to build the community – the key to Web 3’s success. We already have the tech expertise and an amazing community of hundreds of millions of fans. We will now onboard them into the Metaverse using the latest digital asset and Web 3 technologies.”

The Chairman of Eros Investments, Kishore Lulla added that:

“Over five decades, Eros has built one of the largest media and entertainment businesses enthralling millions of fans and launching some of the biggest stars in India. One of the key reasons for our success is our ability to embrace change – from film to TV to the Internet and now Web 3.0 and readiness to lead it from the front. The metaverse and the immersive Internet are the technological tides that will carry us forward for the next 50 years. Eros is committed to being at the forefront of its adoption.”

Swaneet Singh, CEO of Xfinite, has this to say:

“With Xfinite, Eros has already gained invaluable experience in media built upon virtual assets and the blockchain. XelebX is the next natural innovation to bring the global community of entertainment fans into the metaverse and unlock immersive interaction with the influencers they follow.”

Mad Influence, a leading influencer marketing company, who is also Xfinite’s partner, has also joined XelebX. Various celebrities from Mad Influence have associated with XelebX for the launch. Gima Ashi (Garima Chaurasia), an Indian-origin actor, model, and social media influencer with 14.6 million followers on Instagram and a part of Mad Influence’s ecosystem, says, “I am super excited to join XelebX. The platform will facilitate better engagement with my fans and allow both fans and I to monetise our relationships through digital assets like NFTs and Fan tokens.”

One of the top sporting brand in the United States, Puma, has joined the metaverse by launching the Black Station, a 3D spatial playground. This is aimed at creating a unique web3 space that will enable the NFT community to enjoy the brand. The new limited version of the redeemable Puma Sneakers was unveiled during the New York Fashion Week as part of the Futrograde show.

A tweet identified with Puma has this to say about this development:

“Our very own 3D spatial playground. A unique Web3 space that enables our NFT community and all PUMA followers to experience the brand like never before.”

The brand sneakers known as Nitro NFRNO and Nitro Fastroid sneakers will be associated with PUMA’s recent NFT Nitropass mint and will be redeemable by PUMA customers. PUMA Black Station has been imagined as an immersive and interactive place to experience the future of the brand. As a blank and ever-evolving 3D canvas, Puma’s metaverse experience has become a dynamic destination to visit. It connects consumers with various web3 activations emerging over the course of the next year and beyond at the fashion week.