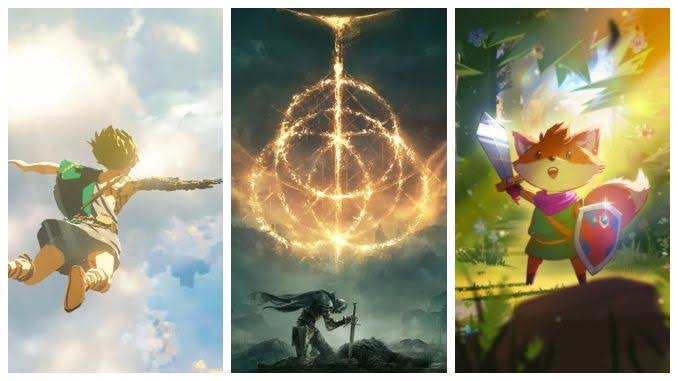 There has been an erroneous belief that cryptocurrencies are all there is to the blockchain but 2021 has shown otherwise. In fact, cryptocurrencies are just one aspect of the crypto space. The NFT boom, and the resulting rise in blockchain gaming, came to occupy a large portion of the media’s attention. At first, just a few people understood what NFTs are all about but now, NFT and metaverse is gradually becoming a household word. Everything seems to have come full circle; thanks to Zuckerberg for making known his intention to make Facebook a Metaverse company and changing its name to Meta.

Gaming is gradually taking a different dimension from what it used to be, providing entertainment and rewards for players. With the success of CryptoPunks, Axie Infinity, Gala Games, Decentraland and Sandbox, people have started wondering what games would deserve a second look by December 2022. Checking through the teams and progress of some of the metaverse gaming projects, the following are showing potentials of massive explosion.

My Neighbour Alice seems to be the blockchain counterpart of  Animal Crossing and Stardew Valley. At first glance, it may seem like a regular farming simulator, like Town Star or Farmville. However, this video game is a social simulation with a particular focus on interaction between players, which is the perfect genre in which to build a metaverse where players can be connected by a common goal. Although playing My Neighbor Alice is free, one will need to purchase a plot of land. On the other hand, one can earn ALICE tokens by participating in various in-game events, competitions, and tournaments. ALICE Token almost reached the top 100 cryptos by total market cap once before. Hence, it has a significant chance to push higher before December.

Light Nite is a metaverse game that uses Bitcoin as its main currency. Of course, you needn’t own an entire bitcoin in order to start playing! Generally speaking, it doesn’t require any specific investment to start playing, except for purchasing the game itself. Rewards are paid in satoshis, which are the smallest units of Bitcoin. Light Nite is the blockchain counterpart of Fortnite. The battle royale genre became a great promoter of loot boxes and obtaining unique skins, skills, and arms. However, from Vitalik’s story, it can be seen that loot can be taken, even if one had invested real money in one’s equipment. The purpose of Light Nite is to survive and be the last standing player in the area. Moreover, players receive rewards in the form of bitcoin for completing challenges and other gameplay related tasks. Light Nite costs $20 on its official launcher, Elixir. The game is set to be released for PC, mobile platforms, and gaming consoles this year.

Grasshopper Farm is a metaverse game connected to the Enjin ecosystem. This game can work alone and also to compliment other existing games in the metaverse. In fact, Grasshopper Farm is a leveling up game. Secondly, the game is available to play in Telegram, which means it’s as easy to play as it is to have a conversation in messenger. This allows players to pay less attention to the game itself, but still stay on track and receive awards in Enjin Coin.

Illuvium will be a fully-fledged open-world, adventure RPG. The game had a high visibility announcement this year and in a timespan of only half a year, the token’s price jumped from $50 to $1.7K. Experts believe that this represents one of the best results in the crypto gaming industry. Illuvium has all the potential makings to become one of the best Pokémon-esque games on the blockchain. The 3D visuals currently available look impressive and in terms of gameplay, the developers have promised a futuristic planet with plenty of exploration. On the other hand, it’s prudent to wait for the release before making any final conclusions. Jumping on the train of Illuvium won’t be a bad idea as it promises to have increased in value before December 2022.

When people talk about metaverse gaming, the names that come to mind include Decentraland, Sandbox, Axie Infinity etc. However, others are coming up too. The best time to make an investment move is now that their prices are still relatively low.

Promising NFTs You Might Consider Investing in This Year

How NFTs are Changing the Game for People