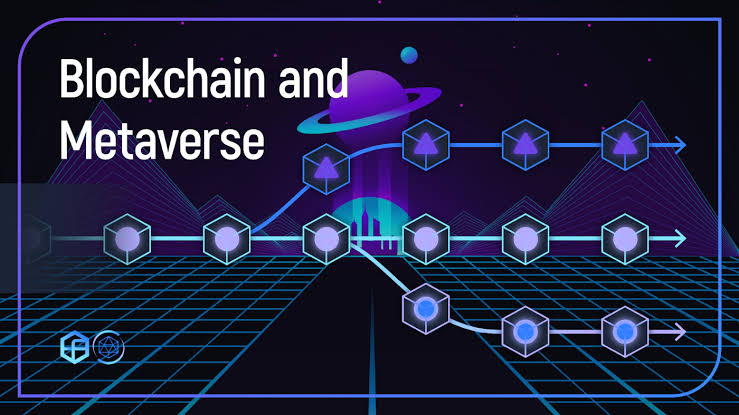 Difference Between the Metaverse and the Blockchain

Blockchain is one of the “hottest” technologies introduced in the last two years. At least 18% of Americans and one in every five Britons have tapped into the endless opportunities presented by this emergent technology. NFTs have also experienced a boom. They are a one-of-a-kind, non-transferable data unit that imparts real-world value to a digital asset and is stored utilizing blockchain technology. NFTs have contributed to the popularization and adoption of blockchain.

In a recent Deloitte survey, 76% of respondents believe that digital assets such as cryptocurrencies built on the blockchain might be a solid alternative for fiat currencies in the next decade, even replacing them. It was only recently, with Facebook’s rebranding to Meta, that blockchain and the likes of NFTs moved away from being mere physical investments or monetary transactions.

What is Blockchain, and How is it Related to the Metaverse?

Blockchain refers to the fast-growing list of close-knit records, also known as “blocks,” held together by cryptography techniques in a digital ledger. Each block has a cryptographic hash or mathematical algorithm which tells more about the block before it is on the blockchain. It also contains an indicator showing when last the block was accessed or improved upon or any other action taken on it. This strict end-to-end transparency record means that the blockchain is inflexible and is practically immune to fraud.

The fact that a peer-to-peer network drives blockchain makes it even more secure. This means that a block’s computational power is shared over a public network, and each node has a copy of the blockchain. While blockchain offers a variety of applications like secure sharing of healthcare data, music royalties, logistics monitoring, and anti-money laundering, cryptocurrency is the most significant for the metaverse.

Cryptocurrency refers to digital money or asset that can only be traded online and is authenticated using a blockchain-based decentralized network. You can use cryptocurrency or “crypto” to make purchases just like traditional currency. Still, the value of crypto can fluctuate dramatically because of its decentralized nature, which means that no single entity or set of entities controls or regulates its value. There are various cryptocurrencies available for purchase, including Bitcoin, Ethereum, and other currencies prominently featured in the metaverse like MANA, AXS, SAND etc.

What Is the Metaverse and How Is it Related to Blockchain Technology?

The metaverse is a 3D virtual world where users may use their avatars to interact with digital things and one another in a virtual environment. The metaverse is endless, self-sustaining, interoperable, and decentralized, and it is persistent, real-time, and infinite. It’s not difficult to see how cryptocurrencies would fit into the metaverse’s goal. Both in terms of value and physical form, crypto is wholly separate from real-world fiat currencies. As a result, it’s a convenient way to pay and conduct business in the virtual world.

The metaverse is also decentralized by definition. A single entity should not control the metaverse, and decentralizing its currency would go a long way toward implementing this theory. In addition, cryptocurrency (and blockchain technology in general) may serve as a beneficial anchor in an ever-changing environment. Our surroundings, natural habitats, people’s appearances, things, and so on would alter in the metaverse based on developer activity and continuing customization. The immutability of blockchain and cryptocurrency would provide much-needed stability.

Is There any Use of Blockchain in the Metaverse?

The numerous applications of blockchain in the metaverse are summarized in the following headings:

Blockchain technology can work as a virtual identification system for users of the metaverse, keeping track of their activities and ever-evolving identities. Transparency and security are assured in the metaverse as critical information such as age, history of online activity, appearance modifications, and so on are saved on the blockchain.

Apart from in-game assets, another important commodity in the metaverse is real estate. Determining and managing real estate can be an uphill task considering the metaverse, unlike our natural world is infinite in space and the number of people that will get into it in the future. Blockchain technology can be used to provide an unalterable record of the creation, destruction, modification, and trade of real estate in the metaverse.

Remember when Epic Games took Apple to court for charging a 30% fee for each purchase made through Fortnite by users. A similar scenario may come up in the metaverse too. To ensure that there are no unfair or random rules governing exchange in the metaverse, there’s a need to incentivize creators through cryptocurrency.

Will the Metaverse Become Reliant on Blockchain Technology?

Facebook founder Mark Zuckerberg during the announcement of the rebranding of Facebook to Meta, remarked that transparent standards, the ability to adapt to other systems, and privacy would be key features of the metaverse. He went on to say that to achieve this, novel methods of governance will have to be put in place. It is not only about encouraging NFT and crypto projects in the metaverse.

Facebook’s digital currency, Libra, and the wallet, Diem, are other pointers to the preparedness of Facebook to infuse blockchain in the metaverse. It is expected that in no distant time, the relationship between the metaverse and blockchain will take shape.