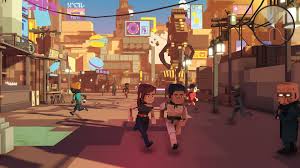 Alot has really been happening around the Virtual Reality (VR) space. Some people have said that it’s just a buzz that will soon wear off. However, given the consistency and the pace at which things are moving, it doesn’t seem like something that should just be overlooked. There are amazing trends which are already observable within this space. Here are just a few of them.

Just like most other technologies, Virtual Reality did not get a full acceptance when it was first introduced. That is quite understandable given that humans are generally resistant to change. There was little or no investment in this area as a result of misconceptions, lack of availability, and pricing. As I write, all these are finally changing. Today, there has been a greater appreciation of the concept and businesses are already laying bricks in order so as to benefit from it. For example, a survey that asked workers which technologies they would prefer to use at their job revealed that the stakes are high for immersive technologies such as VR..

Are you familiar with the VR headset market? If you are, then you must have noticed the whole sophistication. By the day, the products are getting more affordable, more powerful, and more convenient to wear. For instance, Oculus Quest 2, which happens to be the most popular headset costs $299 only. “Reality 12k” and MeganeX from Pimax and Panasonic respectively are other examples. Do we mention the HTC Vive wrist tracker? In fact, the list is endless. And more of these will be turned out as time runs by.

A Rise in Enterprise Apps

Some people tend to believe that VR is just about gaming. While one cannot dispute tha fact that VR is a dominant force in the gaming industry, there’s still more to what can be done with Virtual Reality. In fact, businesses have found VR to be a great asset as they explore it in training, remote collaboration, tests and prototyping. On a daily basis, more use is being found for VR within the business sector. The impact of VR is already huge and will continue to grow in the coming days.

As we know, businesses hardly invest in anything unless they find a potential source of income. VR is not only helping businesses improve their internal processes, but it’s also helping them make more money. In particular, a whole new market of VR services for consumers and businesses is opening up, with pioneers in this field gaining the opportunity to massively profit. Liteboxer, a fitness firm has securely planted her feet in the ground by providing a professional boxing simulator in VR as a premium service.

Things are usually more difficult in their early stages. With the level where VR is, it is becoming increasingly easier for businesses to create VR solutions. There has been a major proliferation in the number of development companies and as a result, prices for accessing VR services are lower. Additionally, developers can work faster and better as they have premiere tools at their disposal, with features which make the job easier. A good example is the Unreal Engine 5 which has rolled out support for OpenXR, a standard for developing applications for multiple VR platforms simultaneously. Thus, a company will be able to use various headsets with the same software solution.

The Metaverse and VR.

While VR has been for a time now, one can hardly talk about it without reference to the metaverse. As it were, people began to give this a closer look after the CEO of Facebook, Mark Zuckerberg announced that Facebook would become a metaverse company and that it’s name would be changed to Meta. Other major brands like Microsoft and Disney took the same step almost at the same time.

The metaverse is a 3D digital world accessed through VR where users can work, play, and do many of the same activities they do in real life. While VR apps have traditionally been standalone programs that a user should close before they launch a new one, all apps and services are interconnected in the Metaverse, providing a smooth and uninterrupted experience.

One of the key attractions of the metaverse is enhanced and uninterrupted collaboration. This ‘verse’ is a good place to visualize information, learn and explore complex topics. It also helps to simulate real work and life experiences as well as products and services for sale.

The world is going more virtual than it had ever been. Individuals and businesses are already moving along this line to make life more comfortable for themselves and or to rake in more profit. Whether we embrace VR or not, more technologies are underway. Anyone who chooses to be a bystander will definitely not stand for long.

Promising NFTs You Might Consider Investing in This Year