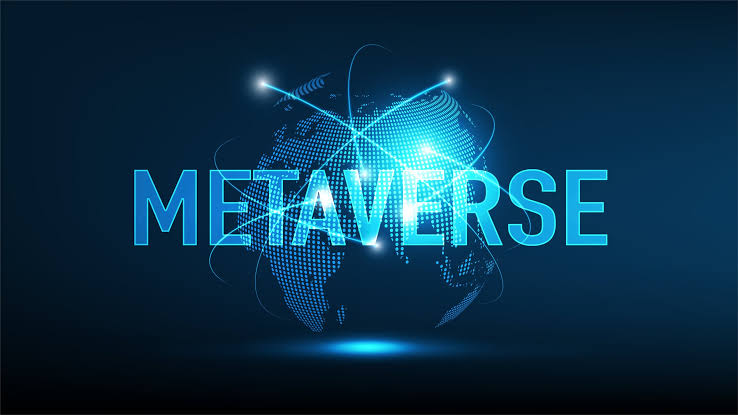 Most humans, if not all, are attracted to opportunities that can help them make more money for themselves. Because of this attraction, every innovation or technology becomes a marketplace or a platform for investment. When the internet came, lots of people did what they could to have their businesses online. For so many, it paid off, while a few had their fingers burnt. Other people decided to cash in on the internet indirectly through network and digital marketing, copywriting, content creation and web development.

The blockchain had a similar trend. Most forward looking businesses sought ways to incorporate cryptocurrencies and the blockchain technology into their activities. Some have made huge investment outlays while others are still waiting to ascertain whether or not it is a thing that has come to stay. With all the buzz about the metaverse, people are already working tirelessly, through investments, to get a piece of the virtual cake. You may have likely read or heard the phrase that says, ‘tomorrow is for those who prepare today for it’ but how often have you heeded that call to prepare? If you would like to give it a second look, here are some metaverse investments that people are already putting their feet in the door for.

Recently, Mark Zuckerberg has intimated us about some of his platforms moving to the metaverse. In fact, one won’t be wrong to use the terms Facebook and Meta interchangeably. The metaverse is so important to the future for Meta Platforms (NASDAQ: FB). While advertising on its social media apps pays the bills for now, Meta is investing heavily in building the metaverse. Mark had publicly stated that his company’s goal is to help bring the metaverse to at least 1 billion people. He thinks that this will “unlock a massively larger creative economy of both digital and physical goods.” Meta is already developing an operating system, e-commerce architecture, social platform, and augmented reality/virtual reality devices to make the metaverse a rereality.

Nvidia (NASDAQ: NVDA) is a top gaming and artificial intelligence stock. In fact, it is a stock for both now and the future. Nvidia has succeeded in distinguished themselves within the metaverse space even when others are just trying to find their feet. It has an Omniverse platform which supports virtual 3D design collaboration and simulation. Customers including manufacturers, engineering firms, and game developers are using Omniverse. Nvidia’s Graphics Processing Units (GPUs) should enjoy tremendous demand over the long term. Few companies can compete at the same level as Nvidia in powering virtual reality apps.

“As I think about web 3D and as I think about the metaverse, what it really means and implies is that, things that you are accustomed to doing in the physical world, increasingly more and more of that you’re going to do in the virtual world. And so if you think about it that way, whether you’re doing shopping, whether you’re playing games, whether you’re creating, co-creating with other people, whether you’re expanding it, the aspect of creating all of that metaverse was, what better company in the planet than Adobe to be able to do that.” Whether or not you agree with Thill or Narayen, if you are objective, you’d appreciate the huge opportunity that Adobe has in the metaverse.

Unity Software (NYSE: U) is a metaverse stock that could realistically double in 2022. More than 70% of the top 1,000 mobile games were developed using the Unity Software. Unity believes that a similar level of metaverse content will be created with its platform. The metaverse is so vast and large that it will not only programmers but also, artists and other kinds of people. Unity is better positioned to meet the needs of these artists. Unity Software has been able to acquire Weta digital, a platform which has been used in the creation of visual effects for numerous TV shows and movies such as Game of Thrones and Lord of the Rings.

To play a key role in any innovation is not a function of size; smaller companies can also play very significant roles as we can see with Matterport in the metaverse.  Matterport (NASDAQ: MTTR) has a technology that enables the creation of “digital twins” of physical assets, including homes, office buildings, boats, and more. Its market cap is only around $4 billion right now. However, the company reigns as the 800-pound gorilla in the spatial data market, which it pioneered. Matterport has 6.2 million spaces under management on its platform, roughly 100 times the rest of the market combined. But the company still has captured just a tiny fraction of its $240 billion total addressable market. With the rise of the metaverse, Matterport seems likely to grow tremendously in the coming years.

There are real opportunities in the metaverse but one needs to look closely to be able to see them. You may have been hurt financially in previous investments but life must go on. The above platforms really hold much for now and in the near future. Do your due diligence if you must, but reach out to take a share of the metaverse virtual cake.

4 Metaverse Projects to Watch Out For

GinGr is Revolutionizing the World’s Oldest Business with Blockchain Technology