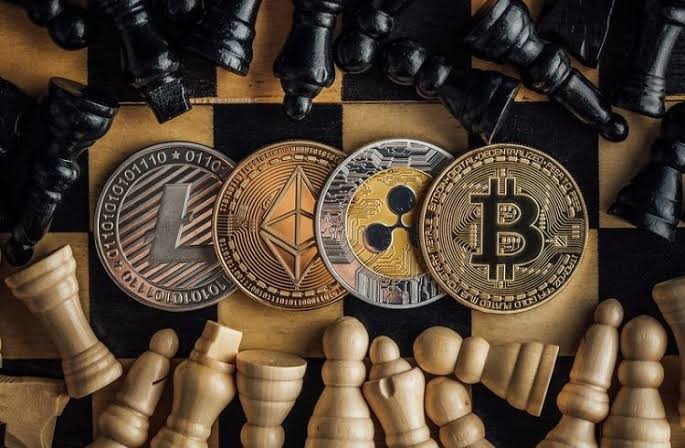 Best Gaming Coins to Look Out For

Right about now, there’s a lot going on in the blockchain gaming world. Gaming on the blockchain, also known as GameFi, gained momentum in 2021. This was partly due to a rise in play-to-earn gaming, and partly due to an evolvement in technology that is able to power better games. The concept of play-to-earn gaming started with Axie Infinity (AXS), which grew over 17,000% last year as millions of users logged on to breed, battle, and complete quests in this virtual world. From the way things are going, Axie may not be able to hold on to its top spot in 2022. Every lover of blockchain gaming have reasons to put some other gaming cryptos on your watchlist as blockchain gaming is set to grow. The following are crypto gaming coins and or platforms that should be watched out for in the near future.

Gala Games is one crypto gaming platform that should not be overlooked in this period. Its price hit an all-time high in November, jumping about 550% in just a month. It has since fallen back and is now up almost 100% across the past six months. The platform makes games that are really attractive and currently has various games in development. At the moment, Town Star, a play-to-earn game where people compete to build the best town, is the only one that’s ready to play. The seven games in development include a survival shooter game called Last Expedition; an intergalactic strategy game called Echoes of Empire; and a tower defense game called Fortified.

There is a distinction between metaverse tokens that are centered around virtual worlds and gaming tokens that are focused on games. But there is a lot of crossover between the two. For example, Star Atlas is both a metaverse and a gaming token. It is built on the Solana (SOL) network, and it uses two in-game tokens, ATLAS and POLIS. Players sign up to one of three fractions in a future universe. Together, they can build, mine for resources, explore, and trade. It’s a fantasy role-playing game with great visuals.

Axie Infinity is one great gaming platform that has a lot of patronage. However, one thing with it is that one needs to own three Axie non-fungible tokens (NFTs) to participate. That was one thing when the cheapest Axie cost $10. But at the height of Axie’s popularity, they cost upwards of $200. You’d have had to spend at least $600 just to get started. And it’s not only Axie; there are various games where you have to pay to get involved.

Gaming guilds let people who don’t want to splash out that kind of cash sign up and borrow the items they need. The guild buys assets in various games and lends them out to members. The members can then play using those assets and pay the guild a cut of any in-game earnings. There are several of these guilds out there, but Yield Guild is one of the more established. They are an interesting facet of the play-to-earn gaming sector.

Immutable X is an NFT-focused layer 2 solution that works with Ethereum. NFTs are the building blocks of blockchain gaming. Many NFTs are built on Ethereum (ETH), but with gas fees of up to $100, the NFT business can get expensive. One way around this is to use a layer 2 — something that sits on top of the existing blockchain to improve its performance. This is what Immutable X does. It promises zero gas fees and carbon neutral NFT creation.

It makes little or no sense to acquire rewards in a game which are later lost because the player is not able to continue the game. Enjin now offers a solution to these kinds of losses. It makes it easy to create, buy, sell, and store NFTs. In terms of gaming, Enjin lets people create NFTs that can be traded between games.  With Enjin, it is now possible to sell those assets or transfer them to other games.

Do not make investments simply out of fear of losing out on the next big thing. Do your due diligence; get as much information as possible about the coin and the platform. Look for specific trends that stand out and expert opinions that you can trust. This way, you avoid taking an uncalculated risk.

Top Games in the Metaverse From Users