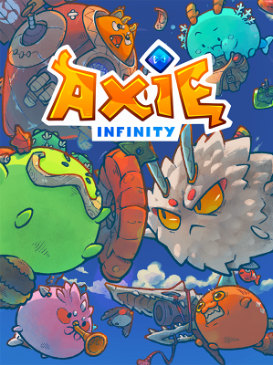 The metaverse keeps recording progress despite the seeming dearth of its hype. Tech giants and futurists still see it as the way to go, and have not relented in their investments. Here’s a few occurrences in the metaverse that may interest you.

As we may have known, the crypto and metaverse space is never quiet. In the last seven days, Axie Infinity (AXS), an NFT online video game and cryptocurrency, has gained 21%, making it the top gainer, trading at $8.49 at press time. In fact, this uptrend has pushed AXS’s market cap to $853 billion. According to data from CoinMarketCap, the current daily trading volumes stand at $389 million.

Axie Infinity is not alone in this improved performance. SAND, MANA, and APE also picked up. SAND, for example, has added 5% in the past day, topping 12% in the weekly chart. MANA has climbed 3% and 8%, respectively, in the two timeframes. APE, also among the top 100 cryptocurrencies by market valuation, added a modest 1.23% – with trading volumes up 77% to $190 million.

Daesung’s Group, a South Korean energy giant is entering the metaverse with the launch of an $84-million fund for firms operating in the ecosystem. This is the biggest metaverse grant that South Korea has seen in its history. The project will be managed by Daesung Venture Investment Co. Ltd, a subsidiary of the Daesung Group. This information was gathered from Newsis, a South Korean local news outlet. Insider information said the Daesung Metaverse Scale-up Fund would focus on distributed ledger technology (DLT), Artificial Intelligence (AI), and extended reality (XR).

The Daesung Group is a large one, consisting of many subsidiaries. Korea Venture Investment Corp contributed $46 million to the fund, while the Industrial Bank of Korea (IBK), Shinhan Capital Co. Ltd, and other subsidiaries of Daesung Group made investments in the metaverse fund. It seems the energy conglomerate is pivoting from the oil and gas sector into Web3 through strategic investments in the ecosystem. In the words of Younghoon David Kim, Chairman of Daesung Group:

XRP whales has remained very active recently. There has been a series of transactions that saw the movement of over 160M XRP tokens in under 24 hours, with Ripple accounting for the transfer of 50M tokens valued at $19.2M. Just a few hours after Ripple’s transfer, there was a movement of more than 110 million tokens by whales in under three hours. The surprising thing, however, is that this transfer was made to an unidentified wallet. Data from the Bithomp explorer indicates that the transaction occurred on December 7, 21:21 (UTC).

Although the recipient wallet is yet to be identified, available data shows that it has received millions of XRP from Ripple in a series of transactions considerably spaced out. Each transaction is followed by an offload of XRP to other unknown wallets. In fact, from the 50M XRP received lately, 10M has been moved to another unidentified wallet, having a balance of 45.3M XRP at the time of reporting.

Less than 3 hours following the large movement from Ripple, another whale movement of 40M XRP tokens worth $15.3M occurred. The transaction on December 8, 00:08 (UTC) has been identified as an in-house flow within two wallets on the Latin American exchange Bitso. More so, the network witnessed the movement of 35M XRP ($13.5M) less than an hour later. The transaction involved the transfer of the 35M XRP tokens from an unknown wallet to the Luxembourg-based exchange Bitstamp. Bithomp reveals that the movement occurred on December 8, 01:03 (UTC).