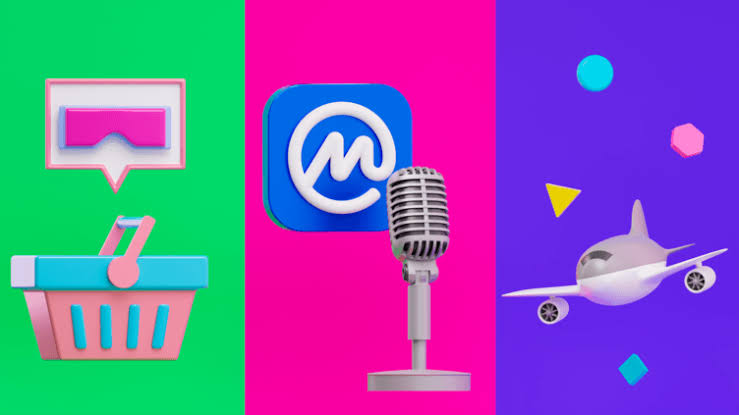 An Empty Metaverse? 5G Paves Path into the Metaverse; The Metaverse Music Festival

The metaverse has kept a lot of people busy recently. Few weeks ago, the news leaked that Meta’s Horizon World is full of bugs. However, many other interesting things have been going on in the metaverse, and here are some of them.

At the onset of the COVID-19 pandemic, people were really scared that it had something to do with the 5G network and the internet of things. As it is now, 5G seems to be opening up doors to newer opportunities, and consumers are showing great commitment to it. In many parts of the world, 5G is bridging the milestone from early adopters to mass adoption. This information was uncovered by a major new Ericsson research. So far, this is the industry’s largest global study of this kind.

Tagged ‘5G: The Next Wave’, the Ericsson ConsumerLab report addresses the impact 5G has had on early adopter consumers since launching in various countries, as well as gauging the intention of non-5G subscribers to take up the technology – and their related expectations. The result of the study forecasts that at least 30 percent of smartphone users intend to take up a 5G subscription within the next few years. The mix of Ericsson tracking data covering 5G launches since 2019 and the new consumer survey, has enabled Ericsson ConsumerLab to identify six key trends impacting the next wave of 5G adoption. The report stated that at least 510 million consumers across 37 markets are likely to take up 5G in 2023. In the words of Mr Jasmeet Singh Sethi, Head of Ericsson ConsumerLab:

“The scale of the research gives us an authentic insight into consumers’ views and attitudes to 5G. The report shows that the next wave of potential 5G users has different expectations of the technology compared to early adopters. Overall, consumers see engaging with 5G as an essential part of their future lifestyles. It is interesting to note that 5G is emerging as an important enabler for early adopters to embrace metaverse-related services, such as socialising, playing and buying digital items in interactive 3D virtual gaming platforms. The amount of time spent on augmented reality apps by 5G users has also doubled over the past two years, compared to 4G users.”

An Empty Metaverse? The Truth Behind DappRadar’s Report Of 30 Active Daily Users In Decentraland

The web3 space is at a crossroads following DappRadar’s revelation that major metaverse platforms aren’t performing as well as once thought. Whether or not this revelation will dampen luxury’s Web3 ambitions, no one knows. What happened was very simple: As two of the metaverse’s major players, Decentraland and The Sandbox have become the go-to channels for luxury brands looking to build out their presence in Web3. But a viral report, published by decentralized finance (DeFi) analytic firm DappRadar, suggests that the online giants are apparently not as popular as once thought. There’s the fear that The Sandbox has only ever hit a maximum daily active user count of 4,503 and Decentraland has yet to exceed 675.

If these statistics are correct, then the future of Zuckerberg’s metaverse needs to be questioned. Reports have also outlined that Meta’s (formerly Facebook) Horizon Worlds metaverse is also suffering from low user numbers, low retention rates and glitchy experiences. But what does all these mean for luxury? Decentraland currently has collaborations with Louis Vuitton, Burberry, Nike, and Sotheby’s, while The Sandbox has previously partnered with the likes of Balenciaga, Gucci, and L’Officiel. As crossovers like these continue to develop in the space, and as both platforms see a valuation at around $1.2-1.3 billion, the assumption would be that a much more active community would — and should — be present.

Decentraland has since rebuffed the numbers, turning to Twitter to declare that, “Lately, there has been a lot of misinformation on the number of active users of Decentraland. Some websites are tracking only specific smart contract transactions but reporting them as daily active users DAU, which is inaccurate.” The company then goes on to post its September data, which equates to 56,697 monthly active users and 1,074 users interacting with smart contracts, alongside 6,315 wearables sold, 161 community events, and 148 DAO proposals.

Decentraland Foundation is recreating a real-life festival experience through its virtual music festival. For the second annual Metaverse Music Festival, Ozzy Osbourne and Soulja Boy are among a lineup of more than 100 artists set to perform. Access to 15 stages at the second annual Metaverse Music Festival, presented by Kraken, is free. The 4-day festival will be held from November 10 to 13 at the cyberpunk city of the future. Producer, songwriter and DJ Dillon Francis will open the festival with a very special set that will be projected on several screens throughout the weekend.

Ozzy Osbourne is also coming to Decentraland with a confirmed virtual performance. There’d be a music video premiere from Soulja Boy which will be directed by Grammy-nominated Yasha Gruben. The festival will be all-inclusive as many genres of music are represented on the lineup. Some of the names and groups to be featured include Universal Music France’s Vladimir Cauchemar, award-winning Chinese idol group SNH48, CryptoPunk rapper Spottie WiFi, Japanese girl group Atarashii Gakko!, London-based afro and funk band Amadis & The Ambassador, Finnish one woman orchestra Maija Kauhanen, space rock project Handshaking, and British DJ and producer Akira the Don.