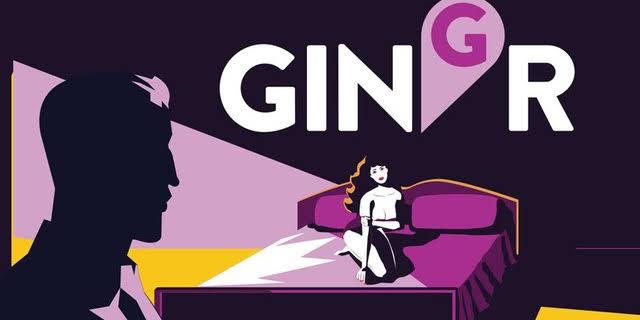 GinGr is Revolutionizing the World’s Oldest Business with Blockchain Technology

Swiss-based GinGr, a blockchain company in one of the oldest industries in the world is currently underway with their IDO and are already well ahead of their competition having launched their MVP, a novel intimacy on-demand platform GinGr. The platform is an easy to use on-demand entertainment platform which connects escorts, kept women, fancy women,  and their clients.

The platform, which works like Uber for sex, is a highly complex tool in the background that will be available online to sex workers, establishments and clients in the future. “Customers and escorts are enthusiastic about the opportunities that Gingr offers them,” says Sergio Rigert (CEO) who adds “We are first in the world to have launched a secure yet anonymous platform on which you can get paid sex with just a few clicks.”

The MVP will be deployed primarily in Europe as phase one and before aiming for global expansion over the next few months. Ease of use was key in developing the platform where one can book a suitable sex adventure around the clock and wherever you are with just a few clicks.

Rigert added that they intend to make a very dangerous industry safe, whereby empowering both supply and demand will give participants the opportunity to be their own boss, and also provide customers the right to remain anonymous within a highly secure blockchain environment.

In order to take off right from the start, GinGr draws attention to itself with the world’s first “WhaleDrop”. A total of $50,000 in GG coins will be distributed to the community.

The combination of blockchain and the sex trade industry have perfect symmetries. Dealing with the highly sensitive nature of the adult industry requires a combination of security, anonymity and the ability to transact within the crypto spaces that they believe will be the future of finance around the world. The GinGr team has deployed the latest technology and the highest security measures against hackers, guaranteeing providers and buyers security and privacy.

However, in the unlikely event of an attack or a criminal act, the perpetrators can be identified, thanks to the verified registration process required when signing up.

A sex worker now has the ability to become their own boss, cutting out the middlemen such as brothels or pimps. However as supply chains evolve, establishments are also allowed to offer the services of their sex workers on Gingr.com. Rigert added that all “Users are all checked and registered as it is vital to provide a safe and pleasant working experience”.

Swiss based, Gingr is the first worldwide direct end-to-end booking platform for the world’s oldest profession, using blockchain technology. A modern and user-friendly way to book, consume and pay for adult services. The GG Coin ($GGC) is the primary currency or utility token of the GinGr ecosystem, enabling safe and anonymous payments.

GinGr will also deploy a security, or share token ($GST), which will eventually act as the DAO (decentralized autonomous organization) mechanism and are the equitable part of the company. Beyond the token and platform already discussed, the GinGr team is getting ready to launch an adult metaverse. Stay connected to the team via: